Something strange is going on over undocumented immigrants. President Biden’s acting secretary of Homeland Security, David Pekoske, issued a memo on January 20 halting almost all deportation proceedings for 100 days:

I’ve gone over the memo several times, and it is very clear: deportation proceedings are to be suspended for the next 100 days while new policies are worked out. There are a few exceptions:

The pause on removals applies to any noncitizen present in the United States when this directive takes effect with a final order of removal except one who:

There is nothing in the memo about releasing anyone pending this review. However, it seems Fox News has heard otherwise:

“Tucker Carlson Tonight” has since obtained an internal email sent Thursday to ICE officers in Texas that shows how the order was enacted.

“As of midnight tonight, stop all removals,” the email reads. “This includes Mexican bus runs, charter flights and commercial removals (until further notice) … all cases are to be considered [no significant likelihood of removal in foreseeable future].”

The email goes on to say: “Release them all, immediately. No sponsor available is not acceptable any longer.”

There is absolutely no way Biden or any of his hires would have done this. It is insanity. It also feeds straight into the far-right propaganda. (I found out about this from a Facebook fight.) I see two possibilities:

2) A mole Trump left behind in DHS is responsible.

If anyone has heard anything about this, post it here, please. I’ll update as necessary. 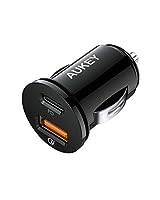