According to a report in The New York Times, Guiliani is seeking 20-large a day for … whatever it is he’s doing. A Grima Wormtongue impression, apparently.

Imagine having a mark like Donald Trump — a con man who’s this easily conned:

The request stirred opposition from some of Mr. Trump’s aides and advisers, who appear to have ruled out paying that much, and it is unclear how much Mr. Giuliani will ultimately be compensated.

Since Mr. Giuliani took over management of the legal effort, Mr. Trump has suffered a series of defeats in court and lawyers handling some of the remaining cases have dropped out.

A $20,000-a-day rate would have made Mr. Giuliani, the former New York City mayor who has been Mr. Trump’s personal lawyer for several years, among the most highly compensated attorneys anywhere.

I wouldn’t pay Rudy Giuliani $5 to make me a Subway footlong. The dude is an ineffectual nut-fiddler. I might pay him $20 to steal Trump's phone and toss it in the Potomac, but $20,000 — for anything? From this guy?

There is little to no prospect of any of the remaining legal cases being overseen by Mr. Giuliani altering the outcome in any of the states where Mr. Trump is still fighting in court, much less of overturning President-elect Joseph R. Biden Jr.’s Electoral College and popular vote victory. Some Trump allies fear that Mr. Giuliani is encouraging the president to continue a spurious legal fight because he sees financial advantage for himself in it.

Mr. Giuliani has encouraged Mr. Trump to believe a number of conspiracy theories about voting machine irregularities, according to multiple people close to the president who were not authorized to discuss the conversations publicly. Late last week, Mr. Giuliani repeatedly insisted to the president that his other advisers haven’t been telling him the truth about his chances of success in his legal battles to overturn the results of the election.

Hey, if someone as addled as Rudy Giuliani can convince this big bowl of adipose and confusion to keep hemorrhaging money chasing a fantasy, more power to him, I guess. Let them gnaw each other to death like a pair of demons in a Hieronymus Bosch painting. It would seem a very fitting end to this sorry saga. 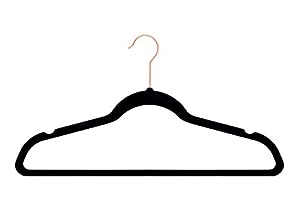