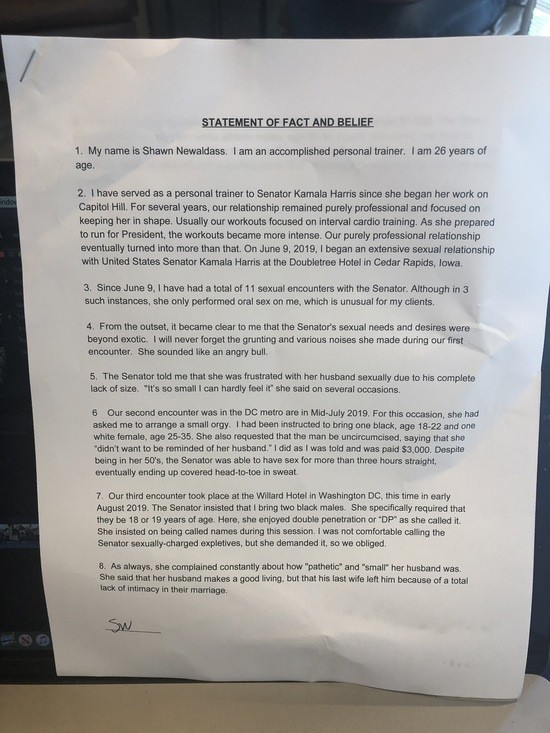 Sean Newaldass, the man who accused Kamala Harris of sexual impropriety in Jacob Wohl’s mommy and daddy’s yard, now says he thought the Senator was a fictional character and that he understood he was hired for an acting job.

A man who claimed earlier this week that he had been paid for sex by presidential candidate Kamala Harris now says he was hired for an acting role.

Oh, and he claims now that he thought Harris was a fictional person, according to an exclusive interview with the Daily Beast.

Bad as that was they were working from a script.

“I thought I was acting for a role in a movie, like a role in a TV series,” Newaldass told the Daily Beast. “I thought everything was staged, I’m thinking everyone is an actor.”

Even more important: “I’m completely oblivious to who [Harris] is,” Newaldass told the Daily Beast.

Later in the interview, Newaldass admitted he’s researched Harris since the news conference and now says he plans to vote for her.”

Someone needs to have a presser in a barn with a farm animal looking at a cut-out of Wohl accusingly.

At least that would be believable…