If I were Dick Cheney’s spawn I’d spend the rest of my life apologizing to people — both for the war crimes and for curdling a perfectly good heart.

But not Liz Cheney. She’s out to prove she’s hip to the GOP’s modern zeitgeist. Indeed, a racial slur that was unthinkable before it disgorged from Donald Trump’s tumescent shit-noggin is now de rigueur among the chirping minions of the Trump cult. And Cheney is right there with the rest of the irredeemable assholes.

Okay, Liz, the Pocahontas shtick is:

Basically, if it attacked a country for no reason, it would be your dad.

And, of course, it should have died a long, long time ago, but people like you keep giving it organ transplants.

By the way, this is a good time to point out that Donald Trump claimed to be Swedish numerous times — including in a book he claimed to have written but didn’t. He knew it was a lie, apparently concocted by his father to boost his real estate business after that unpleasantness in the ‘40s. Whereas Elizabeth Warren — whether she has any significant Native American ancestry or not — was simply repeating family lore.

So shut it. While it may be nearly impossible to believe, you’re only where you are because of name recognition. 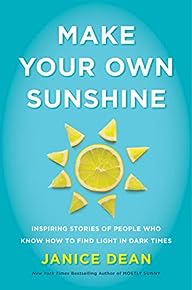