Live Blog: COVID Taskforce Briefing, “the ratings for the WH Press Briefings are 'through the roof'”

Live Blog below (Trump rarely starts on time, today it has been announced to begin at 6pm EDT)

Trump didn’t ask Ukraine to announce a bogus investigation into Bernie or Harris or Warren or Booker. Trump was afraid of Biden. That’s why he attempted to unlawfully bribe Zelensky to provide false dirt on Biden. Trump’s days in office are numbered. And . . . #JusticeIsComing

Trump’s anxious need to return “to business” for his re-election effort more likely will result in a second wave of COVID-19 cases timed to suppress votes in November.

The worst thing may be that the Twitter trending list has Mad Magazine’s Mort Drucker’s passing above Arthur Laffer, who’s still alive.

Trump does not need adversaries to dispute his statements — he does that all by himself. In the course of his daily briefings on the coronavirus pandemic, the president has routinely contradicted himself without ever acknowledging that he does so. https://t.co/xREYqfkwtu

….the advent of these daily briefings over the past month — sessions that stretch for an hour, 90 minutes or even two hours — have put the conflicts on display in a particularly stark way. The longer a briefing goes, it seems, the more likely the president is to waver from one message to the next. And then at the next briefing, the message may be different all over again, but always captured on camera and therefore difficult to deny or explain away.

(1079)
$23.00
The briefings have grown longer since they started, and Mr. Trump’s share of the time at the lectern has as well. Since mid-March, the average length of the briefings has grown from 61 minutes to 105, with the president’s speaking time increasing from 20 minutes per session to 53, according to Factba.se, an organization that collects and analyzes data on the Trump administration. In the course of 28 coronavirus events, Mr. Trump has spoken a total of 18½ hours.

The president’s words matter because, as he himself likes to note, the ratings for his briefings have been high, and for many Americans, they are the main source of their information about the pandemic.

His shifting assessments of the seriousness of the virus over recent months have been well documented. Initially, he likened it to an ordinary flu that would “miraculously” go away, then he later called it “the worst thing that the country has probably ever seen” and declared “war” against the virus. Then he aimed to reopen the country by Easter, before retreating and declaring “hard days” ahead.

The crossed signals over cutting finances for the W.H.O., however, showed that his contradictions can take place over the course of days or even within the same briefing. Only five days before vowing to review the health organization’s response to the pandemic, he blasted Congress for setting up a panel to review his own administration’s response to it, saying such an investigation “during a pandemic is really a big waste of vital resources, time, attention.”

When I pressed him on voter fraud, Trump could not back up his claim of widespread vote by mail fraud at the briefing so he repeated an old lie about voter fraud in California. It's been debunked before and rated "pants on fire." https://t.co/2qTAhMkVcM

Is this Trump's 'Heckuva job, Brownie' moment? Tough to claim WHO 'blew it' after saying this https://t.co/Uvx494YyXY

This Fran Lebowitz interview with @MJSchulman is everything. Hard to find a favorite bit, but this. Wow. On the nose. https://t.co/ypirkUpF3W pic.twitter.com/hxaDyyVMhu

President Trump is using part of the WH briefing on coronavirus as a sort of campaign event by riffing on Democratic politics and Bernie Sanders dropping out.

"It does amaze me that President Obama hasn't supported Sleepy Joe," he says. "He knows something that you don't know."

Trump says Obama knows "something that you don't know" about Biden https://t.co/VwYLRPAef8 pic.twitter.com/Y2BW8iA3ue

Trump’s ex-ethics director: The president is in the late stage of ‘an authoritarian coup https://t.co/xDJTP97vec

That the pandemic occurred is not Trump’s fault. The utter unpreparedness of the United States for a pandemic is Trump’s fault. The loss of stockpiled respirators to breakage because the federal government let maintenance contracts lapse in 2018 is Trump’s fault. The failure to store sufficient protective medical gear in the national arsenal is Trump’s fault. That states are bidding against other states for equipment, paying many multiples of the precrisis price for ventilators, is Trump’s fault. Air travelers summoned home and forced to stand for hours in dense airport crowds alongside infected people? That was Trump’s fault too. Ten weeks of insisting that the coronavirus is a harmless flu that would miraculously go away on its own? Trump’s fault again. The refusal of red-state governors to act promptly, the failure to close Florida and Gulf Coast beaches until late March? That fault is more widely shared, but again, responsibility rests with Trump: He could have stopped it, and he did not.
The lying about the coronavirus by hosts on Fox News and conservative talk radio is Trump’s fault: They did it to protect him. The false hope of instant cures and nonexistent vaccines is Trump’s fault, because he told those lies to cover up his failure to act in time. The severity of the economic crisis is Trump’s fault; things would have been less bad if he had acted faster instead of sending out his chief economic adviser and his son Eric to assure Americans that the first stock-market dips were buying opportunities. The firing of a Navy captain for speaking truthfully about the virus’s threat to his crew? Trump’s fault. The fact that so many key government jobs were either empty or filled by mediocrities? Trump’s fault. The insertion of Trump’s arrogant and incompetent son-in-law as commander in chief of the national medical supply chain? Trump’s fault.

For three years, Trump has blathered and bluffed and bullied his way through an office for which he is utterly inadequate. But sooner or later, every president must face a supreme test, a test that cannot be evaded by blather and bluff and bullying. That test has overwhelmed Trump.

Trump failed. He is failing. He will continue to fail. And Americans are paying for his failures.
www.theatlantic.com/…

New Zealand crushed the Covid curve with only one death. This is how it is done in a country with a real leader. https://t.co/0bU4tfS9Wo

White House to administer rapid coronavirus test on all journalists before allowing them to attend this afternoon's daily briefing with the president after a news outlet employee who was in the building on Tuesday fell ill. 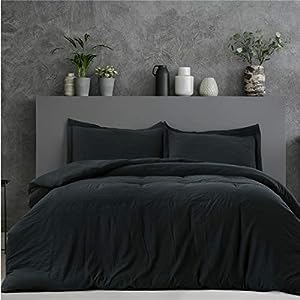