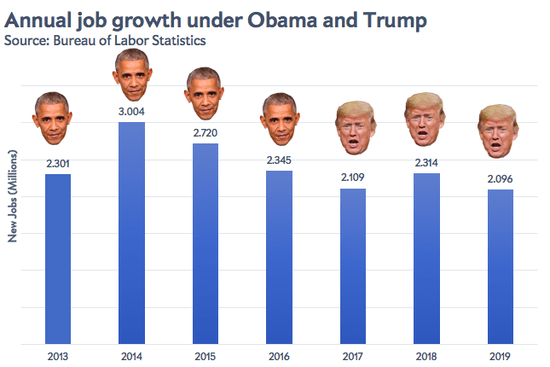 Rebranding a Trump economy is more than slapping a new paint job on Air Force One.

Trump took a strong economy and weakened it.

ItÃ¢Â€Â™s Ã¢Â€Âœnot fashionable in progressive circlesÃ¢Â€Â because progressives are rejecting the bogus arguments about debt and deficits that have been used to undermine the progressive agenda for decades. https://t.co/CPOBAAezrP

Russia underwrote the German bank loans to Trump when no one else would loan him money.

First he came for @comey, and I said nothing because I was mad at @comey because of the Clinton email investigation and I blamed him for TrumpÃ¢Â€Â™s election.

Ã¢Â€ÂœHistory will forgive us our failures; it will never forgive us our passivity. The coming months are fateful for our democracy; everyone will be tested, and every vote will count if all these American ambiguities are, somehow, to be resolved.Ã¢Â€Â https://t.co/xEwopd6N1S

Money will win this election even as voters (or rather the Electoral College) will determine the winner.

Btw, 2012 presidential results in Claremont, NH (right across the river from Vermont):

Our country has a rich history of presidents who respected the power, decorum, and influence of their office.

The reality is that Trump wants to repaint Air Force One with the colors of his personal jet.

The media tried to control the outcome of this poll by framing the question (why not “Kennedy's old design” if the other is labeled “Trump's new design?”) and they still lost. Americans easily prefer Trump's pic.twitter.com/xW6Io8ocfr

I'm just watching this clip over and over again and howling with laughter all alone on the bed at 1.30am. It's the best Saturday night I've had for years. https://t.co/RIAlpjGpmV