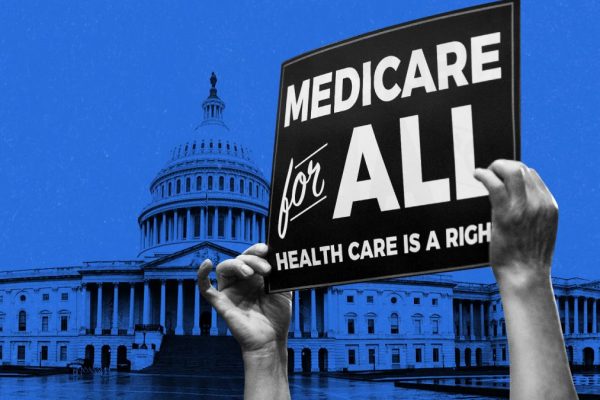 Killing the social safety net is the wet dream for the GOP and while Trump will not mention it in 2020, there is evidence that he’s made that second-term promise to the GOP. It’s the same playbook we’ve seen — raise deficits and loot the treasury with things like that upper-class tax cut. And yet the Trump base will vote for him even if they know it will hurt their own lives.

Trump Has Told Friends That Gutting Medicare Could Be a Fun “Second-Term Project” | Vanity Fair https://t.co/f8pHaJjHsD

Conservative groups—which largely supported Mr. Trump’s tax cuts—have pushed Congress to cut future deficits by reducing benefits for federal health care and retirement programs, like Medicare and Social Security. “Something must be done soon,” the conservative advocacy group FreedomWorks said in a news release on Wednesday, “and that means taking a hard look at mandatory spending, the root cause of the United States’ fiscal woes.”

While Republicans do not expect Trump to push for cuts while campaigning for reelection, they’ve apparently encouraged him to do so should he win a second term—a proposition to which President “I’m not going to cut Social Security, I’m not going to cut Medicare” has reportedly been receptive. “We’ve got to fix that,” Senator John Thune, the number two Republican in the Senate, told the Times. “It’s going to take presidential leadership to do that, and it’s going to take courage by the Congress to make some hard votes. We can’t keep kicking the can down the road. I hope in a second term, he is interested,” Thune said of Trump. “With his leadership, I think we could start dealing with that crisis. And it is a crisis.” Republicans, said Senator John Barrasso, who seems to regularly chat with the president, have “brought it up with President Trump, who has talked about it being a second-term project.”

(43291)
$0.00 (as of May 22, 2022 02:38 GMT -04:00 - More infoProduct prices and availability are accurate as of the date/time indicated and are subject to change. Any price and availability information displayed on [relevant Amazon Site(s), as applicable] at the time of purchase will apply to the purchase of this product.)