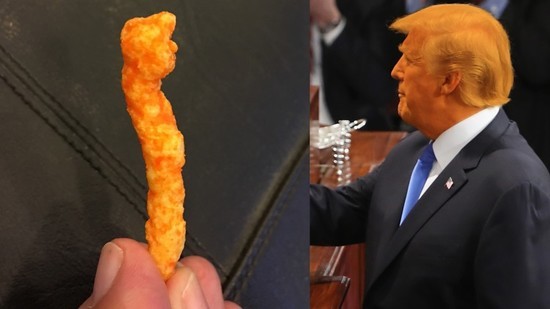 Rolling Stone reports that insurrection planning did involve elected GOP officials. Slowly we turn, step by step, inch by inch… the quid pro quo was a “blanket pardon” offered by one GOP legislator, because what could possibly go wrong with storming the Capitol. At least six legislators are now implicated, even as the House Select Committee proceeds.  Meanwhile RWNJs are spreading over Telegram a ridiculous disinformation rumor of a Monday invasion of migrants over the southern border to draw attention away from looming investigation and possible prosecution. More nonsense drawing from disparate and contradictory references.

And these organizers are cooperating with @January6thCmte

As the House investigation into the Jan. 6 attack heats up, some of the planners of the pro-Trump rallies that took place in Washington, D.C., have begun communicating with congressional investigators and sharing new information about what happened when the former president’s supporters stormed the U.S. Capitol. Two of these people have spoken to Rolling Stone extensively in recent weeks and detailed explosive allegations that multiple members of Congress were intimately involved in planning both Trump’s efforts to overturn his election loss and the Jan. 6 events that turned violent.

Rolling Stone separately confirmed a third person involved in the main Jan. 6 rally in D.C. has communicated with the committee. This is the first report that the committee is hearing major new allegations from potential cooperating witnesses. While there have been prior indications that members of Congress were involved, this is also the first account detailing their purported role and its scope. The two sources also claim they interacted with members of Trump’s team, including former White House Chief of Staff Mark Meadows, who they describe as having had an opportunity to prevent the violence.

The two sources, both of whom have been granted anonymity due to the ongoing investigation, describe participating in “dozens” of planning briefings ahead of that day when Trump supporters broke into the Capitol as his election loss to President Joe Biden was being certified.

“I remember Marjorie Taylor Greene specifically,” the organizer says. “I remember talking to probably close to a dozen other members at one point or another or their staffs.”

Would Gosar have dangled blanket pardons without getting the nod from Trump to do so? https://t.co/8oS8KmB4HX

Ali Alexander also claims that the four of them “schemed up” to create the the Jan. 6 rally that led to the attempted coup at the US Capitol Building. It is clear, from Alexander’s statements on social media, that he intended for things to get violent, and he tweeted that he was “willing to give [his] life for this fight” on December 8, just weeks before the insurrection. The next day, the Arizona Republican Party tweeted out the following statement above Ali Alexander’s tweet exclaiming that he was ready to die for Donald Trump with the following statement: “He is. Are you?” Gosar also attended and spoke at a rally, at the Phoenix State Capitol Building, that Alexander organized after the 2020 election to demand the results be overturned. Rep. Biggs also recorded a video for the event. But, a spokesperson for Biggs told CNN that the congressman recorded the video following a request from Gosar’s staff, and Biggs still maintains that he has never met Alexander. Gosar continues to remain silent on all of his actions that could incriminate him in the attack on Jan 6 and afterward. shero.substack.com/…

Here's video of Marjorie Taylor Greene at the White House in late December 2020 saying she had a "great planning session for our January 6th objection. We aren't going to let this election be stolen by Joe Biden and the Democrats.” Expel and arrest Greene.pic.twitter.com/oogwe20Z8K

We just broke Trump. We didn’t think we could break him any more than we already had. But we did. After we put our ad on the air at Mar-A-Lago that is humiliating him for not coming to Virginia. He wants to come so badly. pic.twitter.com/6zwAF3FH9E