I am not a doctor, let me get that straight right off.   I do want to talk about what I have learned from speech therapist when my son/grandson was born with a cleft pallet and had not only hearing but speech problems.   I also spoke in length to Mel Tillis who discussed his stuttering problem with us in Branson.  ( He sang beautifully) but he actually did not overcome his stuttering problem.   It was not an act.

I hear plenty of people talk about Joe Biden speaking of gaffes and old Joe.   I don’t think that is the problem at all based on what I have observed regarding gaffes.

Joe Biden had a debilitating stuttering problem as a child.  He overcame it.   I notice when he gets really excited, is when the gaffes come.   It is not like Trump and his cofeffe remarks.   That is just word salad and a disconnect between mouth and no functional brain.

Joe biden speaks from the heart.  He speaks with intent and gets excited or appears to about that of which he speaks.   I think as everyone who has served in public service, there are mistakes that will be brought up over and over.  We all have made mistakes of proportional consequences.   All of us, whether we even realized it or not.  We realize it after the fact most of the time.   Everyone but the Trump and his cult following.   They screw up their words because they either don’t care or have no clue what they are talking about.  I don’t think Trump is senile.  I think he just don’t give a ratts butt and just spouts out words ( mostly about himself and how great he is).

I was in radio for years.  I also was a 911 operator and in some ways that makes me very aware of speech.   I can get excited and what I meant to say does not come out the way I mean for it to come out BUT I never had a stuttering problem and I can’t imagine what my brain would transmit to my mouth had I been a stutterer.  Does anyone realize just how much control one would have to have and concentration to get the words right but Joe Biden does it most of the time.   It takes great concentration and filtering and focus to take on issues and Biden has proven he has that ability time and time again.

A person who speaks a LOT and I mean a LOT as Joe Biden, the words do not always come out the way intended.   I know personally, it can be frustrating but gaffes should not be held against Joe Biden.   I have asked my son/grandson many times when he was speaking and would get excited and I would say, “ slow down” and make some sense of what you are saying.   I don’t get what you just said.    He is VERY SMART.

Joe Biden is not senile.   He is a former stutterer.   FDR had Polio…He was not less of a president because of a disability.  John Kennedy had huge back problems and we did not even know how serious his standing was.   Lincoln was a depressed president.   These people are/were human ( jury still out on Trump, being human).  When my brain was trying to save lives, sometimes the mouth just did not want to move as fast as the brain was.   I believe when Biden is filled with his ideas and compassion, and he gets excited, he makes a gaffe.  I have done it many times but always corrected it.  Joe Biden has as well.

I am a Joe Biden supporter.  No, he is not the orator that Obama was.   I have not seen that kind of talent even though Bill Clinton came close, since Kennedy.  Joe Biden connects with the common folks.   He can work across aisles as Ted Kennedy could do.

I respect Elizabeth Warren and she too was a very talented orator.   She still is.   I like Sanders but not most of his supporters.  I also feel Bernie comes across as angry.  We do not need more of this.

Joe Biden was in the room for 8 years ready if need be to take over the presidency.   He has a heart big as gold and not afraid to show his empathy and emotion.  You can vote for who you want but don’t hold gaffes against Joe.  He really does not make that many considering his history of speech problems. and years serving in public speaking.

There was also a great person who was a stutterer and his name was Moses.   He was also a man of years.. 80 plus.  He was not senile but what people needed to lead them out of bondage.   I do not mean to equate Biden with Moses but the comparison still does not escape me at this time in history.  Joe Biden is no Moses but people who are voting Biden get that we need a Leader who can relate to all of the people.  This democrat gets it.    This video is labeled wrong because in so many words, he does explain his misteps.  I get that as well.  Don’t hold gaffes against Joe.  He is incredibly smart, ready and kind.   Joe is what we need at this time.   He does not want to think back on his days of constant stutter.   He has overcome for the most part IMO.  He does not want to play a victim.  I get that as well as I think Super Tuesday showed most of America gets.

Also a very interesting read…and video at the town hall 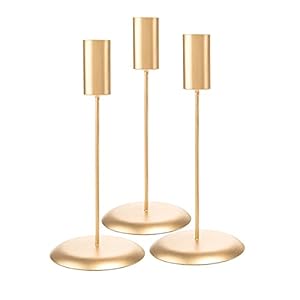