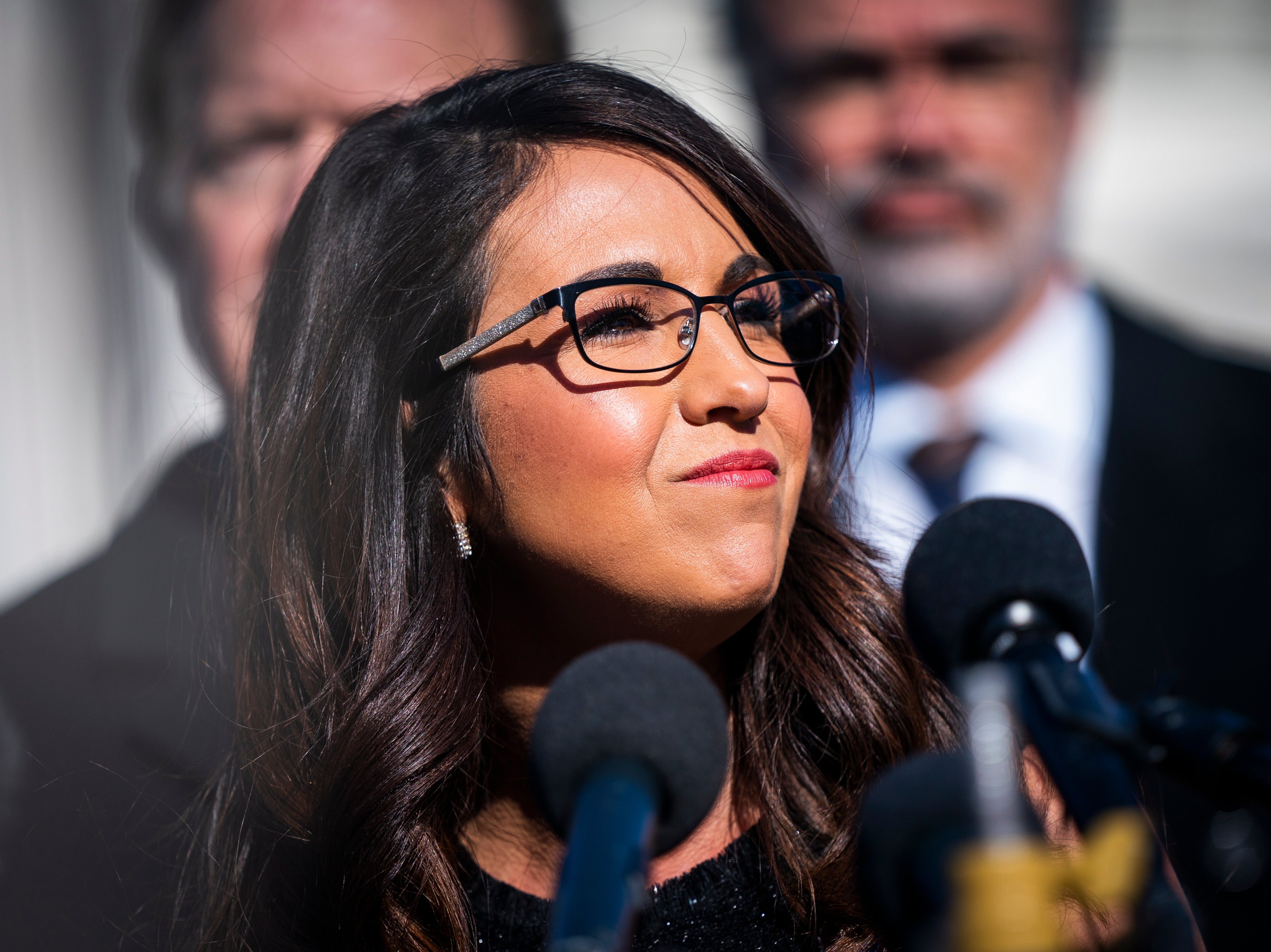 I don’t know, maybe this works for her.

I’m not sure how Twitter’s trending topics actually become trending topics, but I can only assume that if, say, someone started the hashtag #AldousJPennyfarthingIsANoxiousShiteCrumpet, taking to Twitter to refute that notion while appropriating that same hashtag would tend to, I don’t know, amplify the message?

So when I saw that #LaurenBoebertIsSoDumb was trending on Twitter, I figured, well, lots of progressives will weigh in, we’ll have our fun for a day or two, and that will be that.

But, ironically, Boebert has brought a spongecake to a gunfight, and she didn’t even have sense enough to remove it from her head first.

Seeing #LaurenBoebertIsSoDumb trend at number one just proves what I’ve been saying all week.

As the 2022 cycle heats up, I need your support more than ever. Everyday is a full-scale attack on me! Chip in now!https://t.co/AzCr1EXv8S

For the nontweeters: “Seeing #LaurenBoebertIsSoDumb trend at number one just proves what I’ve been saying all week.The Left hates women & I’m their top target.As the 2022 cycle heats up, I need your support more than ever. Everyday is a full-scale attack on me! Chip in now!”

Also, do you really want to use that hashtag, Lauren? Really?

Then again, maybe it doesn’t matter, since that sentiment was well represented elsewhere:

#LaurenBoebertIsSoDumb she doesn't realize she *is* the joke.

#LaurenBoebertIsSoDumb she thought Grape Nuts was an STD…

https://twitter.com/HiphopnHorror/status/1373623800865157122?ref_src=twsrc%5Etfw
Oh, and you simply need to treat yourself to Boebert’s bumbling attempt to pronounce “unalienable.” It’s almost as if the marbles somehow slipped out of her head and into her mouth:

Lauren Boebert teaches others that the correct way to pronounce “unalienable” is “un-uh-leen-uh-buhl.”

Boebert is now a sworn in member of Congress. #UnALeanable #LaurenBoebertIsSoDumb pic.twitter.com/FtcBzyUEKC

Yeah, that’s not how that word is pronounced, Lauren, but thanks for the lesson. It was real edumacational.

Hey, maybe this little fundraising gimmick actually works. What do I know? But I can’t imagine that making yourself into a bigger laughingstock than you already are is a great strategy in the long run.

Then again, I’m a Democratic voter who’s opted to stick with consensus reality. For Republicans, rebelling against science and reason is tantamount to patriotism these days, and by that measure, Rep. Boebert is arguably the greatest patriot there is.

(51626)
(as of May 21, 2022 04:12 GMT -04:00 - More infoProduct prices and availability are accurate as of the date/time indicated and are subject to change. Any price and availability information displayed on [relevant Amazon Site(s), as applicable] at the time of purchase will apply to the purchase of this product.)