But the Trump administration seemed to have a different message Wednesday on Twitter.

In tweets, the White House touted Louisiana’s economy as “booming” with its lowest unemployment rate since 2008 and a strong energy industry.

President @realDonaldTrump is wheels up for LOUISIANA!

“The Pelican State” is boomingÃ¢Â€Â”boasting its lowest unemployment rate since 2008, bringing back 5,000+ manufacturing jobs, and becoming one of our Nation's leading states in natural gas exports! Ã°ÂŸÂ‡ÂºÃ°ÂŸÂ‡Â¸Ã¢Â€Â” The White House (@WhiteHouse) November 6, 2019

“Unemployment rate down from 6% to 4.3%. Wages up for blue collar workers. Louisiana energy industry is booming.”

It was as if Edwards had temporarily hacked into the White House’s Twitter feed.

At 4:02 p.m., the White House had tweeted out excitedly that Trump was “wheels up for Louisiana!”

That tweet also described Louisiana’s economy as if it had stolen a page from Edwards’ talking points.

“’The Pelican State’ is booming — boasting its lowest unemployment rate since 2008, bringing back 5,000+ manufacturing jobs, and becoming one of our Nation's leading states in natural gas exports!”

Rispone's campaign responded with a statement: “We are the only state in the nation to lose jobs. The rest of the country is thriving under President Trump's leadership, taxes are down, the stock market is up and we have the lowest unemployment in decades. Meanwhile, Louisiana is lagging behind because of Edwards' liberal policies.”

And at 3:33 p.m., a tweet by Stephanie Grisham, the president’s press secretary, also highlighted the gains of Louisiana’s economy.

The tenures of Trump and Edwards have overlapped for nearly three years. Edwards took office in January 2016, while Trump became president one year later.

“Thank you, I agree,” tweeted the governor. “It's taken a lot of hard work, but we're much better off than we were four years ago when I took office. And when I'm re-elected, we'll keep moving our state in the right direction.”

Yeah, this is all part of Trump’s plan to avoid another embarrassing GOP loss like what we just witnessed in Kentucky:

Donald Trump couldn't save Matt Bevin in Kentucky. Now, the pressure is on the president to avoid a second black eye in Louisiana next week.

Trump is thrusting himself into the state’s gubernatorial contest: He held a Wednesday evening rally for Republican candidate Eddie Rispone, who is trying to unseat Democratic Gov. John Bel Edwards, and will make another visit two days before the Nov. 16 election. The president is also expected to record get-out-the-vote videos and robocalls, and on Wednesday morning he called into a popular Louisiana morning radio show to talk about the race.

Trump also plans to attend the Louisiana State vs. Alabama college football game on Saturday. Though the game is at Alabama, the marquee match-up is certain to draw wide viewership among Louisianans.
The blitz underscores the importance of the race to the president. Trump has been heavily focused on the Kentucky, Mississippi and Louisiana gubernatorial contests this fall, gambling that a sweep would bolster his political standing in the face of impeachment and heading into 2020.
But with Bevin’s apparent defeat on Tuesday, Trump’s political team acknowledges he's under intense pressure to avoid a similar outcome in Louisiana.

Republican strategist Alex Castellanos, who has worked on an array of gubernatorial races, pointed out that Tuesday’s results weren’t all bad for the president, noting that the party swept Kentucky’s other statewide contests.

But “Trump’s problem,” Castellanos said, “is that a loss is still a loss.”

“Now Louisiana is the tie-breaker and Trump has put his name on the ballot,” he said. A defeat would mean that “Trump will have lost two out of three states he won big” in 2016.

Let’s be sure to deliver that two our of three losses for Trump on November 16th. Click here to donate and get involved with John Bel Edwards’ re-election campaign. 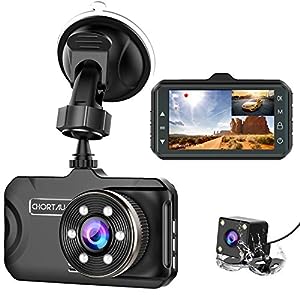