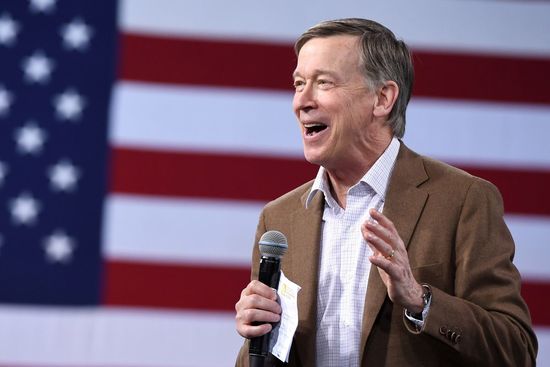 After yesterday’s big win in Kentucky, progressive groups like VoteVets and fellow Democratic U.S. Senate candidates are focused on helping Amy McGrath (D. KY) unseat Moscow Mitch. The first one is from VoteVets:

There’s a lot to be excited about last night’s election results. But here’s something we place near the top of the list:

Last night, Kentucky’s Republican Governor, Matt Bevin, lost. And no one should be more scared of that result than Mitch McConnell.

Republicans say it’s because Matt Bevin was unpopular. They are right. He is. But you know who is THE MOST unpopular Senator in the country?

This is a great sign for Amy McGrath’s campaign. She can win. But she cannot do it alone. So today — especially today — we are asking:

Can you split a $3 contribution between Amy McGrath’s campaign to defeat Mitch McConnell and VoteVets’ work to help make it happen?

Last night’s results will no doubt spur big-monied interests to fill McConnell’s coffers with campaign contributions. But together, we are more powerful. That’s how Amy McGrath out-raised him last quarter. People power. Let’s help her do it again.

Click here to donate to VoteVets campaign to help McGrath.

Last night was a big night for Democrats across the country—especially in Kentucky, where voters turned out in huge numbers to defeat Trump ally Matt Bevin and elect Democrat Andy Beshear as their next Governor and Jacqueline Coleman as their next Lt. Governor.

Beshear won counties last night that Donald Trump took by double digits in 2016, a great sign that not only can we take back the Senate next year, but we have a shot at getting Mitch McConnell out of Congress completely—and Amy McGrath is running to do just that.

But team, it won’t be easy. Just like us, Amy McGrath is fighting tooth and nail against McConnell’s dark money fundraising machine, and we need to have her back.

We’re all in this together. Today, can you split a donation between our campaign and Amy McGrath’s?

Click here to donate to McGrath and Hickenlooper’s campaigns.

McConnell’s opponent is Amy McGrath — a former Marine fighter pilot and veteran running to unseat him. And if last night proved anything, it’s that when a strong candidate is on the ballot, Democrats can defeat incumbent Republicans anywhere — even in Kentucky.

Unseating McConnell and Tillis won’t be easy. They have a network of dark money groups and super PACs behind them — that will attack candidates like Amy and me running for key Senate races across the country. But with your help, we can fight back and win.

Will you split a contribution between Amy McGrath’s campaign for U.S. Senate in Kentucky and ours to make sure we unseat Mitch McConnell and Thom Tillis, and ensure Democrats finally take back the Senate in 2020? Let’s keep the momentum we saw last night going.

Democrats only need to flip four seats to take back the Senate. I believe we can do it by winning in places like North Carolina and Kentucky — plus, unseating Mitch McConnell would be a cherry on top. Don’t you think?

Let’s send them both packing.

Click here to donate to McGrath and Cunningham’s campaigns.

This is big. We can win in Kentucky, Iowa, and across the country to turn the U.S. Senate blue.

Last night, voters in Kentucky beat a Republican incumbent and elected a Democrat to the governor's office, a clear sign that voters are ready for change.

Amy McGrath is a retired U.S. Marine Corps Lieutenant Colonel who is taking on Mitch McConnell, and she needs our help to win. Democrats won last night in Kentucky — and Amy can do it again in 2020.

If you're ready to beat McConnell and flip the Senate in 2020, split a donation between Amy's campaign and my campaign right away.

Since becoming the Senate Majority Leader, Mitch McConnell has made it his mission to dismantle the Affordable Care Act, defund Planned Parenthood, and gut Social Security. In order to reject McConnell's disastrous agenda, we have to flip Senate seats like Iowa's. Republican special interests are already spending big to hold onto control of the U.S. Senate, so we have to act now.

It's so important that we show Amy we're standing with her in this race. Please, split a donation of $5 — or whatever you can — between our campaigns right now.

Click here to donate to Greenfield and McGrath’s campaigns.

This underdog victory is sending shockwaves through the GOP, especially a certain Senator up for re-election next year: Senate Majority Leader Mitch McConnell.

McConnell is facing Democratic challenger Amy McGrath, a former Marine fighter pilot and mother of three who’s had enough of the Republican Senator turning his back on the best interests of Kentuckians and all Americans, instead choosing to vote for what’s best for conservative mega donors, corporations, and Donald Trump.

Amy wants to fight for working families, affordable healthcare, and our democratic values in the Senate, but with McConnell’s multi-million dollar war chest, it’s going to be an uphill battle.

Yesterday’s historic victory proves that we can defeat the odds, flip the Senate, and send McConnell packing in 2020. But only with grassroots support from folks like you.

With less than a year until the 2020 elections, Amy needs your support now. Make a contribution of any amount to help her defeat McConnell and fight for the people.

Click here to donate to Espy and McGrath’s campaigns.

(43136)
$0.00 (as of May 19, 2022 19:33 GMT -04:00 - More infoProduct prices and availability are accurate as of the date/time indicated and are subject to change. Any price and availability information displayed on [relevant Amazon Site(s), as applicable] at the time of purchase will apply to the purchase of this product.)