The outbreak of coronavirus has become a full-blown epidemic in the United States. The NBA has suspended its season after Utah Jazz player Rudy Gobert came down with the disease (after scoffing at disease precautions, and possibly infecting many others as a result). President Trump may have it. Stock markets around the world are plummeting.

A financial crisis looks very possibly in the offing, as well as a recession. So like some arthritic, emaciated polar bear coming out of hibernation, the American federal government is finally starting to respond, sort of. House Democrats have announced a major coronavirus bill, which includes “paid sick leave, widespread free testing, food aid, and unemployment insurance,” Politico reports. It would also increase federal funding of Medicaid to ease burdens on states.

Naturally, Senate Majority Leader Mitch McConnell immediately announced his opposition, as did House Minority Leader Kevin McCarthy. On Twitter McConnell complained that the bill “wanders into policy areas that are not related to the pressing issues at hand.”

These men, and the rest of the Republican congressional caucus, are aiding and abetting the coronavirus epidemic.

It’s worth the full read. This just goes on a long list of reasons why Moscow Mitch needs to go in November. McConnell’s top opponent, Amy McGrath (D. KY), has been both educating voters and slamming McConnell for aiding and abetting the coronavirus epidemic.

The Senate must act now to flatten the curve before it's too late. Americans need free COVID-19 testing, emergency medical leave, and food assistance. This isn't the time to hold things up for political reasons. This is the time to act. Now. https://t.co/FivZgCZ23bÃ¢Â€Â” Amy McGrath (@AmyMcGrathKY) March 12, 2020

Sen. McConnell is going away for a long weekend without considering legislation to curb this public health crisis. In the Navy, the captain doesnÃ¢Â€Â™t leave the bridge when the ship is under duress. ItÃ¢Â€Â™s a pretty basic leadership principle. https://t.co/g0ImIvTAGl

Let’s make him pay at the polls. Click here to donate and get involved with McGrath’s campaign. 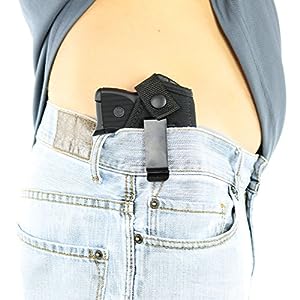