The results of Kentucky’s primary are finally in, and now we know who will beat Mitch McConnell this November: Former fighter pilot Amy McGrath.

McConnell has been perhaps the most destructive force in American politics for the past decade. The 2020 election is the best chance we have had to beat him since he first took office, 36 years ago.

Mitch McConnell will do anything to cling to power―so McGrath is going to need all of us! Split a donation of $7 today!

Anyone who remembers 2009 knows how much damage Mitch can do, even if Democrats control the Senate. If Trump is out of the White House in 2021, but Mitch remains, he’ll run the exact same playbook he did then―total obstruction, worsening the crises the new President inherits, and making Executive Branch staffing a chore.

Mitch was clear before the pandemic: He intended to use the deficit created by the Trump tax giveaway as a pretext to cut Social Security and Medicare. After the economic damage of the pandemic, which has killed nearly 130,000 Americans, Mitch will surely try to defund and destroy the programs, just as Trump has.

McConnell’s ties to Trump are sinking his approval ratings among Kentuckians. This is a race we can win―and a Democrat in Kentucky’s Senate seat would mean a lot to efforts to expand Social Security and Medicare over McGrath’s six-year term.

The choice is clear: McConnell is a truly awful presence in our politics. McGrath can be part of the solution that rebuilds America after four years of Trumpism. 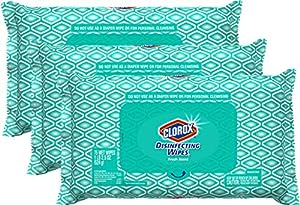