Mitch McConnell has blocked every progressive bill that comes his way and turned the Senate into a legislative graveyard. In fact, a recent report from Vox put it in black and white:

“House Democrats have passed nearly 400 bills. Trump and
Republicans are ignoring them.”

Instead of doing right by the American people, McConnell has continued to stall any meaningful action on the climate crisis, health care, gun violence, and so much more. He’s got to go.

That’s why I’m putting my money on Amy McGrath to get the job done, and I’m asking you to do the same.

Will you split a contribution between Amy McGrath’s campaign for U.S. Senate in Kentucky and our work to make sure Democrats finally take back the Senate in 2020? I wouldn’t ask if it wasn’t important.

Amy is a former Marine fighter pilot who’s running against the Grim Reaper himself. Unlike McConnell, she is committed to fighting for the people of Kentucky — not special interests. And she has a real shot at flipping this seat, but only if she can count on our help to do it.

If last month’s democratic victory in Kentucky proved anything, it’s that we have what it takes to stop McConnell and end his stranglehold on our democracy once and for all.

Let’s keep the momentum going in Kentucky by helping Amy McGrath defeat Mitch McConnell — split a contribution between her campaign and our work today.

Just like I did in our race last year, Amy will need your help in this campaign. Everything rests on whether or not Democrats take back the Senate majority. Everything. 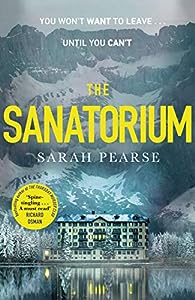