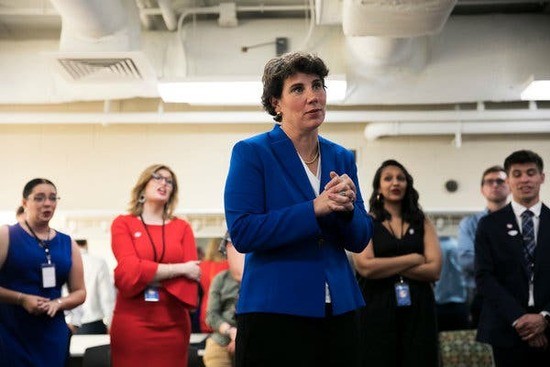 Things are changing in Kentucky.

Kentucky Republicans control the state legislature, five out of the six U.S. House seats, and both of Kentucky's U.S. Senate seats. On Tuesday night, though, Democrat Andy Beshear took on the Trump machine and beat Republican Governor Matt Bevin.

Democrats organized and won in Kentucky this time and, with your help, Amy McGrath will do it again next November.

Republican Senate Majority Leader Mitch McConnell has never faced an opponent like Amy McGrath.
With grassroots support from every county in Kentucky and donations from people like you, Amy raised more money in just one quarter than Leader McConnell raised all year. That's incredible — especially with an average donation amount of just $36.

Amy's ready to build on Democrats' stunning victory this week and run a grassroots campaign unlike Kentuckians have ever seen, but Washington Republicans are already frantically working to stop Amy's momentum.

We can't stop now or leave this to Amy McGrath alone. Rush a donation to help Amy defeat Mitch McConnell and win back a Democratic majority.