Mitch McConnell is blocking help for Americans hurt by the COVID-19 crisis while ramming through judges who could kick millions off their health care.

The progressive outside group is going up with a digital ad, obtained by The Hill ahead of its release, that will run on both Facebook and Instagram, targeting Kentucky and national audiences.

“The country needs emergency relief now, not more extremist judges who will vote to overturn the Affordable Care Act and take away health care from millions when they need it most. American lives are at stake. McConnell needs to get back to work,” said Brian Fallon, the executive director of Demand Justice.

The more than half-minute ad starts by referencing McConnell’s comments in a recent Hugh Hewitt interview that the impeachment trial distracted Congress from acting quickly on the coronavirus early on.

“He would know. At the height of the crisis, McConnell took a three-day weekend to celebrate with Supreme Court Justice Brett Kavanaugh, and now McConnell is slowing down new relief for out-of-work Americans,” the ad’s narrator says, referring to the GOP leader’s comments urging House Speaker Nancy Pelosi (D-Calif.) to “stand down” on a fourth bill.

“She needs to stand down on the notion that we’re going to go along with taking advantage of the crisis to do things that are unrelated to the crisis,” he told The Washington Post.

McConnell added that “what’s really happening here is, she’s looking for a way to jam us.”

The GOP leader sparked criticism last month when he let the Senate leave for its normal three-day weekend as Pelosi and Treasury Secretary Steven Mnuchin negotiated and reached a final deal on the second stimulus package that passed late on a Friday night. McConnell, however, was spotted in Kentucky on Friday at an event with Kavanaugh for the swearing-in of a federal judge.

The Senate returned to Washington the following Monday and passed the second coronavirus bill days later. Then, McConnell had Senate Republicans quickly begin working on the third bill a $2.2 trillion package that Congress passed last week.

“Instead, he says, ‘Of course we’ll go back to judges. My motto for the rest of the year is leave no vacancy behind,'” the ad continues, using audio of McConnell. The add asserts that the GOP leader is intent on confirming “more judges that want to rip away health care from millions of Americans in the middle of a public health crisis.”

What good is a powerful senator if he’s not working for us? pic.twitter.com/c6nemAWgK8

Democrat Amy McGrath has punched back at Senate Majority Leader Mitch McConnell, accusing him of seeking a political windfall from an economic aid package while the coronavirus crisis worsens.

McGrath’s campaign released a TV ad Friday lambasting the Kentucky Republican for “taking a victory lap against the coronavirus”, seen in the Tweet below. It’s a quick response by his most well-funded Democratic challenger to a McConnell commercial in which he trumpeted his key role in passing the $2.2 trillion rescue package.

The McGrath ad says McConnell’s “victory lap” comes at a time when millions are losing their jobs and medical experts predict hundreds of thousands of Americans could die from the pandemic.

Let’s keep the ads going. Click here to donate and get involved with McGrath’s campaign. 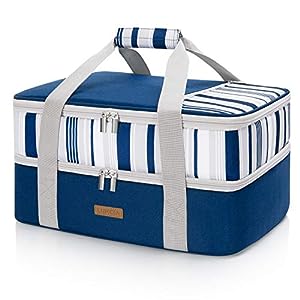