Jane Mayer from The New Yorker has a really good piece out about how U.S. Senate Majority Leader Mitch McConnell’s (R. KY) path being Trump’s top enabler showcases how Moscow Mitch truly is the Dr. Frankenstein to Trump’s Frankenstein Monster. A number of Never Trumpers like Bill Kristol and Rick Wilson tear McConnell a new one in the article but what’s brutal about this piece is how people who knew and once admired McConnell have turned on him:

McConnell’s political fealty to Trump has cost him the respect of some of the people who have known him the longest. David Jones, the late co-founder of the health-care giant Humana, backed all McConnell’s Senate campaigns, starting in 1984; Jones and his company’s foundation collectively gave $4.6 million to the McConnell Center. When Jones died, last September, McConnell described him as, “without exaggeration, the single most influential friend and mentor I’ve had in my entire career.” But, three days before Jones’s death, Jones and his two sons, David, Jr., and Matthew, sent the second of two scorching letters to McConnell, both of which were shared with me. They called on him not to be “a bystander” and to use his “constitutional authority to protect the nation from President Trump’s incoherent and incomprehensible international actions.” They argued that “the powers of the Senate to constrain an errant President are prodigious, and it is your job to put them to use.” McConnell had assured them, in response to their first letter, that Trump had “one of the finest national-security teams with whom I have had the honor of working.” But in the second letter the Joneses replied that half of that team had since gone, leaving the Department of Defense “leaderless for months,” and the office of the director of National Intelligence with only an “ ‘acting’ caretaker.” The Joneses noted that they had all served the country: the father in the Navy, Matthew in the Marine Corps, and David, Jr., in the State Department, as a lawyer. Imploring McConnell “to lead,” they questioned the value of “having chosen the judges for a republic while allowing its constitutional structures to fail and its strength and security to crumble.”

John David Dyche, a lawyer in Louisville and until recently a conservative columnist, enjoyed unmatched access to McConnell and his papers, and published an admiring biography of him in 2009. In March, though, Dyche posted a Twitter thread that caused a lot of talk in the state’s political circles. He wrote that McConnell “of course realizes that Trump is a hideous human being & utterly unfit to be president,” and that, in standing by Trump anyway, he has shown that he has “no ideology except his own political power.” Dyche declined to comment for this article, but, after the coronavirus shut down most of America, he announced that he was contributing to McConnell’s opponent, Amy McGrath, and tweeted, “Those who stick with the hideous, incompetent demagogue endanger the country & will be remembered in history as shameful cowards.”

McConnell also appears to have lost the political support of his three daughters. The youngest, Porter, is a progressive activist who is the campaign director for Take On Wall Street, a coalition of labor unions and nonprofit groups which advocates against the “predatory economic power” of “banks and billionaires.” One of its targets has been Stephen Schwarzman, the chairman and C.E.O. of the Blackstone Group, who, according to the Center for Responsive Politics, has, since 2016, donated nearly thirty million dollars to campaigns and super pacs aligned with McConnell. Last year, Take On Wall Street condemned Blackstone’s “detrimental behavior” and argued that the company’s campaign donations “cast a pall on candidates’ ethics.”

Porter McConnell has also publicly criticized the Senate’s confirmation of Justice Kavanaugh, which her father considers one of his greatest achievements. On Twitter, she accused Kavanaugh’s supporters of misogyny, and retweeted a post from StandWithBlaseyFord, a Web site supporting Christine Blasey Ford, one of Kavanaugh’s accusers. The husband of McConnell’s middle daughter, Claire, has also criticized Kavanaugh online, and McConnell’s eldest daughter, Eleanor, is a registered Democrat.

All three daughters declined to comment, as did their mother, Sherrill Redmon, whom McConnell divorced in 1980. After the marriage ended, Redmon, who holds a Ph.D. in philosophy, left Kentucky and took over a women’s-history archive at Smith College, in Massachusetts, where she collaborated with Gloria Steinem on the Voices of Feminism Oral History Project. In an e-mail, Steinem told me that Redmon rarely spoke about McConnell, and noted, “Despite Sherrill’s devotion to recording all of women’s lives, she didn’t talk about the earlier part of her own.” Steinem’s understanding was that McConnell’s political views had once been different. “I can only imagine how painful it must be to marry and have children with a democratic Jekyll and see him turn into a corrupt and authoritarian Hyde,” she wrote. (Redmon is evidently working on a tell-all memoir.)

Mayer points out that while Kentucky is a red state, McConnell’s loyalty to Trump could put him in a tough position for re-election. Especially since Amy McGrath (D. KY) is proving to be a pretty strong candidate:

McGrath outraised McConnell in the first quarter of this year, reporting she received $12.8 million while the Republican incumbent raised $7.8 million. She now edges out McConnell in total fundraising, bringing in nearly $30 million to his $25.6 million. The Senate majority leader is projected to win the seat but by a narrow margin, according to polling data analyzed by FiveThirtyEight.

McGrath is attracting small donors from both in and out of state, making up 63 percent of her fundraising total through the end of 2019. Small donors make up just 16 percent of McConnell’s funds, totaling nearly $2.8 million as he relies more on PACs and his colleagues’ campaign coffers.

“It’s a high profile race, McConnell is the second most powerful Republican and Democrats intensely dislike him,” said Raymond La Raja, a political science professor at University of Massachusetts-Amherst. “It is a national race that attracts small donors.”

Let’s finally get rid of this piece of shit. Click here to donate and get involved with McGrath’s campaign. 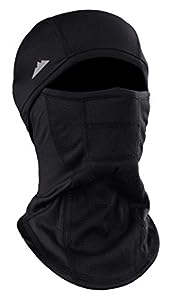