Hours after McConnell's campaign reported raising nearly $7.5 million in the quarter, McGrath upped the ante. She reported taking in $12.8 million during the same period. She's dramatically ahead of fundraising by other Democrats vying to challenge McConnell this November.

Both campaigns used their fundraising hauls to solidify their narratives for what's expected to be a bruising general election battle. McConnell's campaign pointed to his leadership role, especially while the nation battles the coronavirus pandemic. McGrath has offered a different narrative, accusing McConnell of taking a “victory lap” for what she said was a sluggish response to the pandemic.

“What our numbers show is that voters are fed up with Mitch McConnell continually putting corporate handouts ahead of working people,” McGrath campaign spokesman Terry Sebastian said.

McGrath's fundraising bonanza came while McConnell's campaign said he was amassing his best three-month fundraising performance since entering the Senate in the mid-1980s.

“Kentuckians know that at a time of great consequence, there is no substitute for the proven leadership of Mitch McConnell,” said the senator's campaign manager, Kevin Golden.

McConnell, a prolific fundraiser who is seeking his seventh term, has raised $25.6 million so far for the 2020 election cycle. He had nearly $14.9 million on hand for the coming months.

McGrath has taken in $29.8 million in contributions since entering the race last summer. She had $14.7 million on hand, putting her on par with McConnell. As the top-ranking Republican in Congress, McConnell is a lightning rod for Democrats across the nation. McConnell plays up his close ties to President Donald Trump, including putting conservatives on the federal bench and leading the effort to defend the president after House Democrats impeached him.

Both campaigns have already dipped into their campaign funds to run TV ads.

McConnell recently launched a campaign ad in his home state that touts his role in passing the $2.2 trillion economic rescue package as the coronavirus outbreak damages the nation's economy.

McGrath punched back with her own ad accusing McConnell of seeking a political windfall from the aid package while the public health crisis worsens.

Let’s keep up the momentum and get rid of Moscow Mitch. Click here to donate and get involved with McGrath’s campaign. 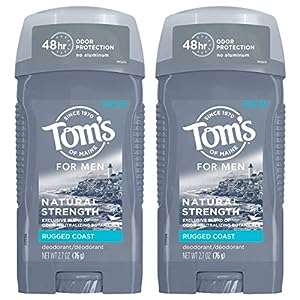