Kushner was reportedly the source of Trump's 'they don't need 30,000 ventilators' ravings

The redoubtable Gabriel Sherman has another missive from the Festering Wing of the Blight House, and it’s yet another eye-opener.

For starters, blunderkind Jared Kushner was apparently the source of Donald Trump’s late-night raving about New York not needing as many ventilators as Gov. Andrew Cuomo insists they do.

In recent days Kushner has advocated for his usual, iconoclastic public-private approach, drawing on business contacts. Last week he called Wall Street executives and asked for advice on how to help New York, people briefed on the conversation said. Kushner encouraged Trump to push back against New York governor Andrew Cuomo after Cuomo gave an emotional press conference during which he said New York was short 30,000 ventilators. In a White House meeting around this time, Kushner told people that Cuomo was being an alarmist. “I have all this data about ICU capacity. I’m doing my own projections, and I’ve gotten a lot smarter about this. New York doesn’t need all the ventilators,” Kushner said, according to a person present. During an interview on Hannity on March 26, Trump said: “I don’t believe you need 40,000 or 30,000 ventilators.”

His own projections? I didn’t know there was that much room in the margins of the Applebee’s kids’ placemat.

So nice to know that an expert on nothing but buying overpriced Manhattan property is making life-or-death decisions for thousands of people.

But that wasn’t the end of the fucknuttery. Oh, no.

Trump’s latest tonal and tactical shift (and almost certainly not the last) was driven by several factors, both personal and political. Trump learned that his close friend, 78-year-old New York real estate mogul Stan Chera, had contracted COVID-19 and fallen into a coma at NewYork-Presbyterian. “Boy, did that hit home. Stan is like one of his best friends,” said prominent New York Trump donor Bill White. Trump also grew concerned as the virus spread to Trump country. “The polling sucked. The campaign panicked about the numbers in red states. They don’t expect to win states that are getting blown to pieces with coronavirus,” a former West Wing official told me. From the beginning of the crisis, Trump had struggled to see it as anything other than a political problem, subject to his usual arsenal of tweets and attacks and bombast. But he ultimately realized that as bad as the stock market was, getting coronavirus wrong would end his presidency. “The campaign doesn’t matter anymore,” he recently told a friend, “what I do now will determine if I get reelected.”

First of all, I don’t believe Donald Trump has friends. And I really don’t believe he has concern for them. The other part rings true, though. He didn’t care about the virus until red states started feeling an impact. That’s Donald Trump to a T.

Those of us in blue states might as well be Papua New Guineans for all he cares. Or Mars aliens. Or, I don’t know, fictional characters from classic novels.

But if his voters’ dying finally wakes him up, well, I guess that’s something. Let’s count our blessings, huh? 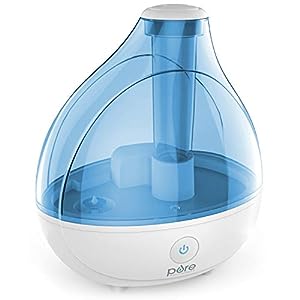