Jared Kushner, wonder boy, prince of darkness, the “jar” part of Jarvanka, is getting some really bad press right now. Not about his many failures and his total unfitness for any of his many portfolios, but because Bunker Boy may finally have had it with him. Vanity Fair just put out this story:

“He’s Going to Broom Kushner and Parscale”: “Malignantly Crazy” About Bad Poll Numbers, Trump Is Thinking of Replacing His Son-In-Law

In Donald Trump’s West Wing, being a member of the Trump family has historically been the ultimate job security. But that truism is being stress-tested after a run of polls consistently show Trump losing to Joe Biden at this stage of the race—a CNN poll this morning has him down 14 points. According to a source close to the White House, Trump has mulled taking oversight of the campaign away from his son-in-law Jared Kushner. “Trump is malignantly crazy about the bad poll numbers,” a former West Wing official said. “He’s going to broom Kushner and [Brad] Parscale—the numbers are not getting better,” a Republican close to the campaign said.

Jared’s setting the Middle East peace process back 50 years didn’t bother Bunker Boy. Telling him to fire Comey didn’t give him pause. Hoarding PPE during the pandemic probably brought a smile to the old man’s face. But threaten his reelection and . . . you can just about hear the bus engine revving up.

Jared also committed the sin of getting more press than BB. When Raw Story picked up the Vanity Fair piece — Trump considers canning Kushner as bad 2020 polls drive him ‘malignantly crazy’: report — it added this bit:

“Long before the reelection campaign went sideways, Trump frequently blew up at Kushner,” continued the report. “For instance, former West Wing officials recall how Trump hated when Kushner received too much positive press (In January, Trump was rankled when Kushner’s portrait graced the cover of Time). ‘Any time Jared is in the papers, Trump complains, “We have to get Jared back to New York!”‘ said a Republican who heard Trump make the comment. In the end, the source cautioned that Trump won’t push Kushner out. ‘This is typical with him and Jared,’ the source said.”

But as the story says, that was before Bunker Boy started slipping in the polls.

Other conservatives have the knives out:

Fox News' Tucker Carlson on Monday night took Jared Kushner, one of President Donald Trump's senior advisors, to task over his take on law and order. According to Carlson, Kushner is single-handedly responsible for pushing the president to take a more hands-off approach to the riots that are taking place across the country. (June 1)

Jared Kushner has emerged as a top target of criticism for members of the “MAGA” base who blame President Trump’s son-in-law and senior adviser for what they see as the administration’s failure to live up to the populist vision of the 2016 campaign.

These activist Trump supporters worry that Kushner’s advice so dilutes the president’s message on immigration, foreign policy, crime, and controlling the riots that have broken out since George Floyd’s death that it could endanger his reelection in November.

And back on Mar 18th: “There’s No Boogeyman He Can Attack”: Angry at Kushner, Trump Awakens to the COVID-19 Danger (Danger to his reelection chances, that is):

As Trump processes the stakes facing the country—and his presidency—he’s also lashing out at advisers, whom he blames for the White House’s inept and flat-footed response. Sources say a principal target of his anger is Jared Kushner. “I have never heard so many people inside the White House openly discuss how pissed Trump is at Jared,” the former West Wing official said.

Bunker Boy will let you make a mess of immigration, of race relations, of Middle East peace, of our alliances and treaties, and most likely even cheer you on. But mess with his fight to stay in the White House and there’ll be tire marks on your back.

Ivanka may be safe, being Daddy’s daughter (and some other things I really hope are just in his imagination), but even she has to be a little nervous as the backlash from the horrible St. John’s photo-up, apparently done at her suggestion and certainly with her encouragement, has been so enormous as to, again, threaten Daddy’s grip on the Roosevelt Desk.

Jared may not actually be booted out of the White House. But I would not be surprised to learn he’s lost any walk-in privileges to the Oval Office and that he finds himself in the basement of the OEOB. Any bets? 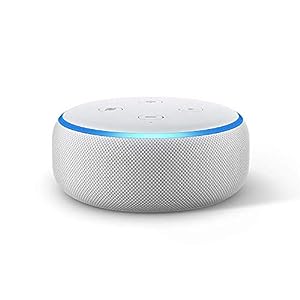