From Stephen Robinson at Wonkette:

Former Kansas secretary of State, current Senate candidate, and known loser Kris Kobach has annoyed us all with his relentless, Javert-esque pursuit of imaginary voter fraud. Well, finally, at long last, we've found some for him, and it's right under his stupid nose.

Republican Steve Watkins, who represents Kansas's second congressional district, is facing criminal charges for registering to vote last year using a UPS storefront in Topeka, which is not his official residence. He applied for a mail-in ballot with this fake address, which let him vote in a different city council district race than he would have normally. That race was decided by 13 votes.

Watkins contends he made a simple mistake, the kind that Republicans normally prosecute the fuck out of if you're Black.

Shawnee County District Attorney Mike Kagay charged Watkins with three felonies: 1) interference with law enforcement, providing false information (yes, that's how the charge is worded); 2) voting without being qualified; and 3) unlawful advance voting. He also slapped Watkins with failing to tell the Department of Motor Vehicles about a change of address, which is a misdemeanor you have probably committed at some point.

Watkins insists he did nothing wrong, although the “interference with law enforcement” charge alleges Watkins lied to a cop in February 2020 with the intent to “influence, impede or obstruct” the investigation. Everybody knows you're not allowed to do that unless you're helping a fellow officer cover up a police shooting.

Freshman Kansas Rep. Roger Marshall has stepped into the race in a neighboring congressional district by endorsing political newcomer Steve Watkins for the GOP nomination.

The Watkins campaign announced the endorsement Tuesday. The former Army ranger and defense contractor from Topeka is in a seven-person contest in the Aug. 7 primary in the 2nd District of eastern Kansas.

Marshall represents the neighboring 1st District of western and central Kansas and won his seat after defeating former Rep. Tim Huelskamp in the GOP primary in 2016.

By the way, this is a little awkward:

President Donald Trump on Sunday criticized a privately built border wall in South Texas that’s showing signs of erosion months after going up, saying it was “only done to make me look bad,” even though the wall was built after a months-long campaign by his supporters.

The group that raised money online for the wall promoted itself as supporting Trump during a government shutdown that started in December 2018 because Congress wouldn’t fund Trump’s demands for a border wall. Called “We Build the Wall,” the group has raised more than $25 million promoting itself as supporting the president.

The company that built the private section in January, North Dakota-based Fisher Industries, has since won a $1.3 billion border wall contract from the federal government, the largest award to date.

This certainly has been one of the most entertaining GOP primaries this year. First, you have Moscow Mitch running scared about Kobach winning the nominee:

An anonymous group with ties to Republicans has just emerged with the apparent aim of targeting Senate candidate Kris Kobach of Kansas, according to sources familiar with the effort.

Kobach is an anti-immigration firebrand and voter-fraud crusader whose primary campaign has sparked fears among GOP leaders that he could jeopardize a seat crucial to keeping control of the chamber.

Plains PAC filed with the Federal Election Commission on July 1 and has booked more than $1.6 million in ads to air from now until August 3, the day before the GOP primary, according to Kantar's Campaign Media Analysis Group. The group has informed television stations that it plans to drop negative ads against Kobach, according to the sources.

It is unclear who is behind the Plains PAC. The public may not know until after the election; its FEC filing says its first report is due on August 20.

The group's media buyer, Mentzer Media Services, has worked on behalf of Republicans, including Senate candidates and the Senate Leadership Fund, a super PAC affiliated with Senate Majority Leader Mitch McConnell of Kentucky.

The Plains PAC, Mentzer Media Services and the Senate Leadership Fund did not immediately respond to requests for comment.

Kobach is facing 10 Republican candidates including his top rival, Rep. Roger Marshall, an obstetrician-gynecologist who represents the same solidly Republican, farm-focused district from which former Senate Republican leader Bob Dole, Sen. Jerry Moran and the retiring Sen. Pat Roberts built the base of their power.

Other GOP candidates include Bob Hamilton, who owns a plumbing company, and Dave Lindstrom, a former Kansas City Chiefs player and businessman.

Now you have the Democrats having some fun with this primary:

A mysterious new super PAC with links to Democrats released a TV ad on Wednesday meddling in next month's Kansas Republican Senate primary.

The super PAC, Sunflower State, formed on Monday and two days later launched its first TV ad, focused on Kris Kobach and Rep. Roger Marshall, two of the Republicans running in the Aug. 4 primary. National Republicans have expressed concern that Kobach — the former secretary of state who lost the 2018 governor's race to Democrat Laura Kelly — would put the seat in jeopardy if he becomes the nominee, while Marshall has attempted to consolidate support from the establishment in the primary.

The ad is engineered to drive conservative voters toward Kobach. A narrator in the ad calls Kobach “too conservative” because he “won't compromise” on building President Donald Trump's border wall or on taking a harsher stance on relations with China. By contrast, the ad labels Marshall as a “phony politician” who is “soft on Trump.”
“Kris Kobach: He's too conservative. Kobach won't compromise on building the wall or getting tough on China,” the narrator says in the ad. “And Roger Marshall's a phony. After backing a Mitt Romney-like candidate for president, he's been soft on Trump and weak on immigration.”

Sunflower State is spending $850,000 to air the ad in Kansas starting Wednesday, according to data from Advertising Analytics.

Democrats are feeling confident about winning this seat and Dr. Barbara Bollier (D. KS) has a lot of things working in her favor:

Money is a key reason why. Bollier, like Democrats in other Senate races around the country, has raised an enormous amount of cash — $3.7 million in the latest reporting period, far more than her potential opponents are expected to take in.

Retiring Sen. Pat Roberts, a Republican, spent about $7.5 million in a tough race to protect the seat in 2014. Bollier could raise that much by Labor Day.

And because she faces no primary challenge, Bollier can save most of her money for the general election. She should have at least $2 million a month available this fall, likely more, in a state where media buys are relatively cheap.

But contributions are a lagging indicator. Money doesn’t create political success — it follows it. So donor cash isn’t the only reason for the Bollier bump.

Kobach’s wobbly campaign is not a surprise — he can’t get organized, his message is tired, even President Donald Trump appears skeptical of his candidacy. It’s his 2018 losing gubernatorial campaign on an endless loop.

Bob Hamilton? Leaking. Dave Lindstrom? Third and long. The rest of the field? Alone on the range.

U.S. Rep. Roger Marshall remains the mainstream GOP choice, but he hasn’t lit up the scoreboard, either. He remains largely unknown in this part of the state. His campaign strategy, such as it is, consists largely of attaching himself at the hip to Trump.

Perhaps that will work in the primary. In the general election? Not so fast.

Even Republican operatives admit the president is getting clobbered in new suburban polling. If educated, white-collar distaste for Trump is transferred to Marshall, his chances drop. Ask former U.S. Rep. Kevin Yoder, who lost his seat two years ago mostly because voters in his 3rd Congressional District couldn’t stomach the president.

Marshall may hope to pivot to a more moderate theme if he’s the nominee. Nope. Voters are paying attention to those who enable Trump. And — you may have heard this — the president likes to tweet endorsements. Marshall would get one.

Let’s get ready to win big in Kansas. Click here to donate and get involved with Bollier’s campaign. 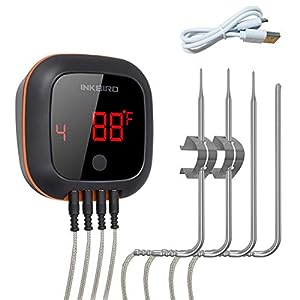