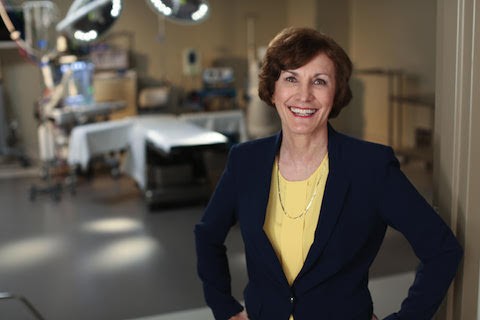 Mitch McConnell, the self-proclaimed “grim reaper of the Senate” has refused to even bring these major bills – supported by the majority of Americans – to the floor for debate.

His Republican colleagues think this is great.

We do that by supporting candidates in winnable states. Let's start with Kansas, and candidates like Barbara Bollier.

A former physician, Barbara has worked her whole career to improve Kansans' lives. After being elected to the Kansas State Senate, she worked to make health care more affordable, and advocated for funding for public schools. Barbara even led the bipartisan fight that finally ended the failed Brownback Tax plan that devastated Kansas.

Right now, Barbara is fighting hard so that she can represent Kansas in the Senate and improve the lives of working Americans nationwide. And she's likely to face off against Kris Kobach. The guy who has been calling for a registry of all Muslims living in the United States, and has been a strong supporter of Donald Trump's extremist immigration agenda. He was even head of Trump's Voter Fraud Commission, which was tasked with manufacturing evidence for Trump's claims that millions of non-citizens voted in the 2016 election

Barbara wants to continue her fight for working family in the U.S. Senate, but she needs our support. Help me help her by making a contribution to her campaign right now.

We need a true leader serving the people of Kansas. Someone who will fight for critical health care for our most vulnerable. A leader who has proven to protect taxpayers from scam funding bills and holds corporations accountable. Who will lead by conscience, not convenience.

Barbara is that leader.

She's so close, even Republican-conducted polls have the leading Republican candidate losing to her.

Grassroots supporters like you will make all the difference in this race. Chip in $3 to Barbara Bollier right now and let's take back the Senate!