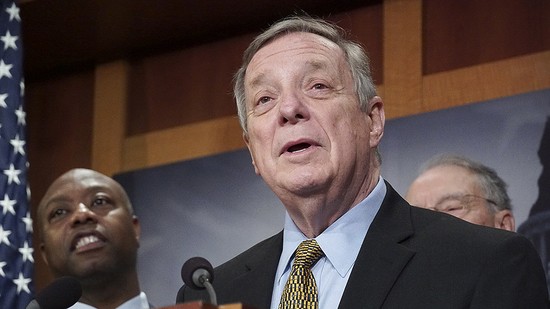 We just got some great news about the Kansas Senate race. Democrat Barbara Bollier is tied in the polls with her likely GOP opponent, Kris Kobach. That’s right: Kansas is a swing state this November.

If we’re going to take back the Senate from Mitch McConnell and the GOP, we need to pick up four Democratic seats — and this is the clearest sign yet that Kansas could be one of them.

Will you rush in your $5 contribution now to support Barbara in this must-win race?

I believe that electing a Democratic majority to the Senate is a fight we can win this November. But we need to fight as hard as we can to ensure that our Democratic candidates, like Barbara Bollier in Kansas, have the resources they need to win.

With this crucial race now tied, it’s up to us to do our part for a Democratic victory. Barbara needs all of us to have her back as she fights to flip Kansas and the Senate:

Make a $5 contribution now to help Barbara defeat Kris Kobach and the GOP.

(43212)
(as of May 21, 2022 03:25 GMT -04:00 - More infoProduct prices and availability are accurate as of the date/time indicated and are subject to change. Any price and availability information displayed on [relevant Amazon Site(s), as applicable] at the time of purchase will apply to the purchase of this product.)