We Read All 3,907 Pages of Ukraine Testimony So You Don’t Have To

That's the list. The question now is this: How much is democracy worth to you? Would you rather drink a grande espresso drink at a coffee shop in an authoritarian country or a cup of discount instant at home in a republic?

Pompeo just backed up Trump's request for Ukraine to investigate the discredited Ukraine DNC server conspiracy: “Anytime there is information that indicates that any country has messed with American elections we not only have a right but a duty to make sure we chase that down”

NEW from @ThePlumLineGS: “Pompeo just flirted with TrumpÃ¢Â€Â™s Ukraine conspiracy theory [which is a Russian intelligence disinformation campaign to deflect from their own guilt in 2016]. This isnÃ¢Â€Â™t normal, folks.” https://t.co/k2l3lz1x0P

Breaking via NYT: Trump had already been briefed on the whistleblower complaint about his dealings with Ukraine when he unfroze military aid for the country in September, according to two people familiar with the matter. https://t.co/Zpz7N1tsj5

BREAKING: The Office of Management and Budget's first official action to withhold $250M in aid to Ukraine came on the evening of July 25Ã¢Â€Â”the day of the now-infamous call between Trump and Ukrainian president Zelensky.

The House Judiciary Committee will hold a public hearing as part of the ongoing impeachment inquiry into President Trump next week Ã¢Â€Â” and Chairman Jerry Nadler invited President Trump or his legal team to attend. https://t.co/NOWrlFxzHC 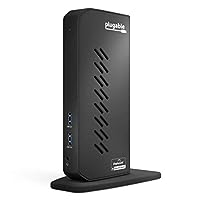