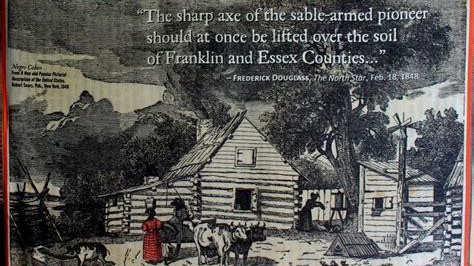 I grew up with some mental image of Timbucktu, however ill-formed. I’ve never even been to Timbucktoo, California, but it never seemed necessary.

Like Shangri-la and Brigadoon, there is an urge in tourism with both going somewhere else exotic and also its reflective comparison to home reactivated with documentation or souvenirs. Fortunately the Internet has replaced losses like the libraries of Alexandria as repositories of knowledge. Yet we still believe such utopian places function no differently than in the desire for utopian communities in the 19th Century in response to a dystopian modernism.

“A Sudanese proverb from the time declared that “Salt comes from the north, gold from the south, and silver from the country of the white men, but the word of God and the treasures of wisdom are only to be found in Timbuctoo.”

― Joshua Hammer, The Bad-Ass Librarians of Timbuktu: And Their Race to Save the World’s Most Precious Manuscripts

Homesickness is about where one’s memories are located and the larger problem are questions of lost knowledge. Does everyone have such Timbucktus, places at the end of the earth where one can find lost knowledge. Even watching genre television about such places reminds us of the possibilities of such places.

Science fiction interests and interplanetary travel cannot be separated even as the new season of Doctor Who approaches and there are more than a few Star Wars projects to interest audiences. The Expanse has come back. I think I’m happier not ever getting to Timbuktu, even as it was always the metaphor for someplace “at the end of the earth”. OTOH maybe it’s like no matter where you go, there you are, or you always die alone.

In the imagination of Europeans and North Americans, Timbuktu is a place that bears with it a sense of mystery: a 2006 survey of 150 young Britons found 34% did not believe the town existed, while the other 66% considered it “a mythical place”.[101] This sense has been acknowledged in literature describing African history and African-European relations. Timbuktu is also often considered a far away place, in popular western culture.[2][102][103]

The origin of this mystification lies in the excitement brought to Europe by the legendary tales, especially those by Leo Africanus: Arabic sources focused mainly on more affluent cities in the Timbuktu region, such as Gao and Walata.[9] In West Africa the city holds an image that has been compared to Europe’s view on Athens.[102] As such, the picture of the city as the epitome of distance and mystery is a European one.[2]

Down-to-earth-aspects in Africanus’ descriptions were largely ignored and stories of great riches served as a catalyst for travellers to visit the inaccessible city – with prominent French explorer René Caillié characterising Timbuktu as “a mass of ill-looking houses built of earth“.[104] Now opened up, many travellers acknowledged the unfitting description of an “African El Dorado“.[24] This development shifted the city’s reputation – from being fabled because of its gold to fabled because of its location and mystery: Being used in this sense since at least 1863, English dictionaries now cite Timbuktu as a metaphor for any faraway place.[105]

Disney colonizes the everyday world, at hand of ordinary man and his common problems, with the analgesic of a child’s imagination”.[3] en.wikipedia.org/…

Similar uses of the city are found in movies, where it is used to indicate a place a person or good cannot be traced – in a Dutch Scrooge Duck comic subseries situated in Timbuktu, Scrooge Duck uses the city as a safe haven,[107] and in the 1970 Disney animated feature The Aristocats, Edgar, the butler villain of the story, threatens Thomas O’Malley, Duchess, Marie, Toulouse, and Berlioz with being sent to Timbuktu only for Thomas O’Malley’s friends to rescue them and send Edgar there instead. It is mistakenly noted to be in French Equatorial Africa, instead of French West Africa.[108]

Ali Farka Touré inverted the stereotype: “For some people, when you say ‘Timbuktu’ it is like the end of the world, but that is not true. I am from Timbuktu, and I can tell you that we are right at the heart of the world.”[109]

There are many different such Timbuktu-like places and peoples that are decentered by liberal democracy. For every Branch Davidian Waco, there’s hundreds of relatively peaceful groups with a plethora of motivating ideologies and varying weirdness about sovereignty and social autonomy. One person’s polygamous compound is another’s Jonestown. But the history of such Timbuckus came to my attention:

Dreaming of Timbuctoo tells the story of a visionary and pragmatic response to the harsh political and social climate in antebellum New York State. In 1846, only nineteen years after the abolition of slavery in New York, legislators reinstated a $250 property requirement for African American voters.

Gerrit Smith, a reformer from central New York, responded with a plan as radical as it was risky. Smith resolved to give away 120,000 acres of mostly Adirondack wilderness to 3000 black New Yorkers. Influential leaders such as Frederick Douglass worked with Smith to promote the distribution of land while, in 1849, abolitionist John Brown moved to New York State with his family to help the homestead farm.

"I have only a short time to live, only one death to die, and I will die fighting for this cause."

John Brown (1800–1859) considered this farm, a National Historic Landmark and New York State Historic Site, his home during the ten years leading up to the infamous 1859 raid on Harper’s Ferry where he was captured. Shorter after capture, Brown was tried and sentenced to death. He requested to be buried at this farm, which soon after his death became a “pilgrimage” site for free African Americans and white abolitionists. In 1849, John Brown moved from Springfield, Massachusetts, where he owned a wool brokerage business and was an active conductor on the Underground Railroad, to Lake Placid, New York. Increasingly impatient with the stalemated public debate on the issue of slavery, Brown appears to have concluded that more decisive action was needed. He heard of wealthy businessman Gerrit Smith’s plan to give parcels of land in upstate New York to free African Americans.

Purchasing a lot from Smith, Brown moved his family to the upstate wilderness area where he acted as a leader and teacher to the black families who were developing their own farms. Brown and his followers had a difficult time farming the barren land around Lake Placid and a few of the homesteaders gave up and moved away. This may have been the deciding factor in John Brown’s 1855 move to Kansas where two of his sons were leading an armed struggle against proslavery forces.

Since the publication of Edward Said‘s Orientalism in 1978, much academic discourse has begun to use the term “Orientalism” to refer to a general patronizing Western attitude towards Middle Eastern, Asian, and North African societies. In Said’s analysis, the West essentializes these societies as static and undeveloped—thereby fabricating a view of Oriental culture that can be studied, depicted, and reproduced. Implicit in this fabrication, writes Said, is the idea that Western society is developed, rational, flexible, and superior.[2]

The term “re-orientalism” was used by Lisa Lau and Ana Cristina Mendes[77][78] to refer to how Eastern self-representation is based on western referential points:

Crazy Rich Asians and perhaps Blinded by the Light are such reorientalizing texts.

(28)
$19.99 $9.99 (as of May 19, 2022 03:29 GMT -04:00 - More infoProduct prices and availability are accurate as of the date/time indicated and are subject to change. Any price and availability information displayed on [relevant Amazon Site(s), as applicable] at the time of purchase will apply to the purchase of this product.)