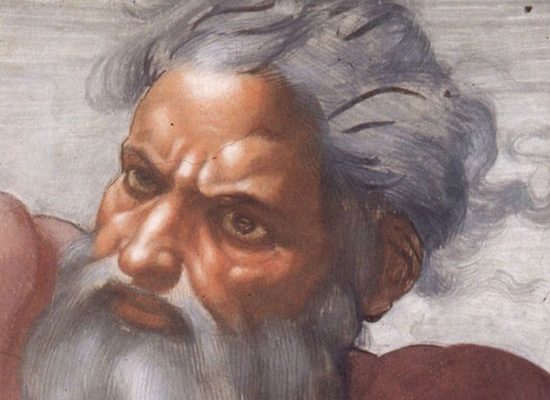 There are more than a few religious universities that do not have departments of art (Villanova), much like some universities have rid themselves of schools of journalism (UCLA) or departments of geography (Harvard) for a variety of political reasons unrelated to their curricular necessity. In the former case, studying what to some is the cultural production of the profane in the presence of the sacred makes folks and institutions nervous. Much like putting clothes on those nudes on the Sistine Ceiling during the Counter-Reformation. Darn those gay painters and their papal patrons and rationalizing the difference between naked and nude.

In a recent piece for the New Yorker’s Page-Turner blog, Lee Siegel uses Leo Steinberg’s writing as a lens for understanding the correlation between Pope Francis’s embrace of gay Catholics and his devotion to the poor and afflicted. Here, Siegel notes a central tenet of Steinberg’s book, specifically that, “as a result of the rise of the Franciscan order, around 1260, an emphasis on Christ’s nakedness, and, thus, on his humanity, joined compassion to an acceptance of the role of sexuality in human life.”

Siegel points out that a Renaissance-era credo of the Franciscan order, from which Pope Francis takes his name, was nudus nudum Christum sequi (“follow naked the naked Christ”). He goes on to account for how Steinberg’s art historical thesis implies a theological premise imperative to positions taken by the current Pope on certain social and religious issues:

Pope Francis could well agree with Steinberg, who lamented that the human Christ disappeared “as modern Christianity distanced itself from its mythic roots; as the person of Jesus was refined into all doctrine and message, the kerygma of a Christianity without Christ.” That, Steinberg says, was when “the exposure of Christ’s genitalia became merely impudent.” One might add that in our own epoch the Catholic Church’s denial of Christ’s sexuality runs parallel to its denial of human sexuality, taboos that resurface in one scandal after another.

In modern times, the Catholic Church has been under siege to an unprecedented degree, as much by internal rifts and abuses as by unbelief and competing Protestant sects. In response, its doctrine and its message have become all the more abstract and inflexible; all the more a Christianity without Christ. The current Pope, by heeding the call to “follow naked the naked Christ,” seems determined to make inseparable the alliance between the naked body that lives, works, suffers, and dies, and the naked body that was created with the capacity to experience physical love.

As Siegel concludes, this would seem to indicate that Pope Francis has “an ally” in Leo Steinberg, whose argument for the crucial theology of the flesh positions an ultra-sensitive subject as an affirmation of a much larger kinship with the human condition.

Similarly, those who are martyrs, whether the rock-crushed Saint Stephen or the perforated Saint Sebastian have some relation to today’s Saint Valentine, made the ultimate sacrifice for their faith. “Many of the current legends that characterize Saint Valentine were invented in the 14th century in England, notably by Geoffrey Chaucer and his circle, when the feast day of February 14 first became associated with romantic love.[43]” where curing blindness in the original history doesn’t make Valentine the patron saint of ophthalmologists. That honor is given to Saint Lucy.

There are slings and arrows and St. Sebastian’s arrows are not identical to Saint Valentine's where one is the martial instrument of martyrdom and the other a sign of marital conjoining, defined by institutions and associated texts. A recent BBC series hosted by Lucy Worsley discusses the evolution of romantic love in British fiction starting with Samuel Richardson.

The heart pierced by an arrow as iconography has its own issues of literal versus the figurative, but ultimately if it is about love or lust, it is about social/cultural construction whether as gender or sexuality.

So it’s possible to see a variety of transubstantiation events in popular culture outside of religious institutions, including animation that situates its major icons into reality.

This is no different than the movie made from the musical that was adapted from the film Mean Girls “ based on Rosalind Wiseman's 2002 non-fiction self-help book, Queen Bees and Wannabes”. Similarly for the Rocky Horror Picture Show cinema remake made from the revival musical made from the movie adaptation of the musical. Culture loves its cultural reproduction, although that Waiting for Godot musical probably won’t happen until sponsorship comes from KFC or turnip/radish agribusiness.