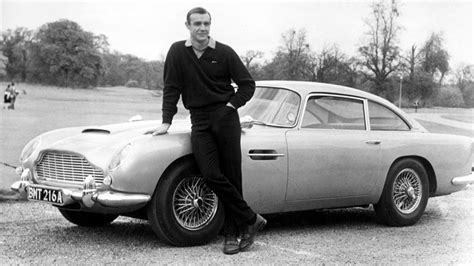 Our memories are under constant revision and movies help trigger those reconstructed recollections.

Like the continuing destruction and reconstruction of the movie starship Enterprise, the original James Bond Aston Martin DB5 also gets destroyed and resurrected, even as it parallels the modern marque history, updated in various Bond movies with contrasting debuts of new models replete with gadgets. The armament of the vehicle goes through many transformations but the latest Bond film includes the cinematic replacement of a .30 machine gun with Gatling-style mini-guns behind the headlights.

Aside from the design history of movie gadgets as a genre meme, I have had an interest in the obscure islands that have been populated and depopulated regardless of ocean.

The island In Skyfall  near Nagasaki, Japan has become interesting because it represented an anachronistic plot feature beginning from the use of the Turner painting that signals the onset of modernism, with a sailing warship towed to its dismantling by a steamship.

It is the Bond villain’s lair in the same movie, Hasima Island, that is a location chosen for similar reasons of nostalgia for ruins. That romantic nostalgia is also a modernist one complete with Japan’s oldest concrete structure on the site of an undersea coal mine that made the island a place with the world’s highest population density in 1959. Its architecture is also a naval architecture as its skyline profile resembles a battleship “Gunkanjima”.  The island is a tourist attraction, but also has importance in terms of Japan’s industrial history. (media.virbcdn.com/…)

…the eerie ‘Dead City’ island retreat of Silva (Javier Bardem) to which Bond is taken.

Surprisingly, the long-shots are real. The strange Hashima Island, a tiny deserted outcrop off the south west coast of Japan, about 10 miles from Nagasaki. Less than a square kilometre in area, Hashima was once part of Japan’s deep-sea coal mining activity, packed with several thousand workers. Owned and operated by Mitsubishi Motors since 1887, it fell victim to the global decline in mining and closed for good in 1974, when the inhabitants quickly left.

The subsequent revelation of the workers’ living conditions supposedly caused embarrassment and the island was declared off-limits for many years. Times have changed, and you can now take a trip out to visit – though the decrepit condition of the crumbling buildings looks a mite risky.