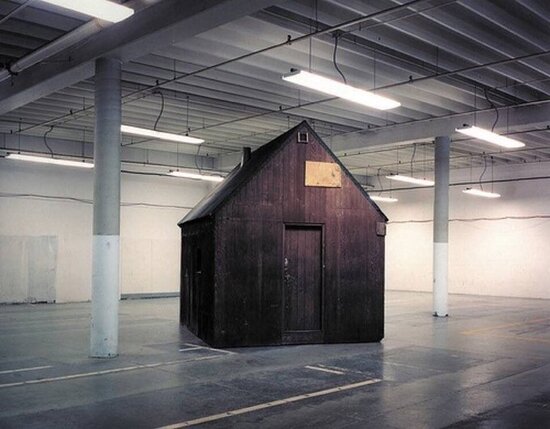 In my adolescence I learned the difference between what an urban world and the subtopianism that a suburban setting could provide. I did learn more by going to college away from home that there were even more cosmopolitan environments which evolved even more separated from rural wilderness, even as neither were then what could be now called, exurban. It was part of learning about being cynical. One’s sense of sprawl could be much more illusory and fantastic, and you can be cynical about it.

There is something both ecological and ideological about living in a cosmopolitan sense that is more than a pluralistic social environment and is not dependent on the scale or scope of the lived environment. Cosmopolitan living has some paradoxical elements, like thinking of Diogenes, as a cynic dependent on the political ecology of a city, or living in the wilderness yet connected to the Internet. Any duty is about discovering the limits of humanity within a fulsome world. A negative example would be Brexit. The dawn of a new year compels us to consider the possibilities of new relationships to that world.

Daniel Steinmetz-Jenkins: In a nutshell, what defines the cosmopolitan tradition?

Martha Nussbaum: It is defined by the belief that we are, first and foremost, citizens of the entire world, kosmou politai, not citizens of a particular nation or region, and that our first duty should be to the whole world rather than to our co-nationals or our families or other groups.

DSJ: You haven’t always thought of this tradition as flawed. What changed your mind?

DSJ: And how does this fit into your book’s argument?

MN: Initially, the narrative of my book traced the gradual realization within the tradition of the importance of material aid, a history in which Hugo Grotius and Adam Smith make major steps forward. But over the years, I have come to see other flaws in the tradition. First, it is a comprehensive ethical doctrine, telling us what to prefer in every situation. Like John Rawls, I believe that in a pluralistic society, we are not entitled to base our political principles on any comprehensive doctrine, only on a partial doctrine that we expect that holders of major religious and secular doctrines can, over time, come to accept. So any cosmopolitan ethics must be narrow—not covering all domains of human life—and metaphysically thin.

Cosmopolitanism also neglects powerful arguments on behalf of the moral importance of the nation. The nation is the largest political unit we know that is a vehicle for its citizens’ autonomy, meaning literally their right to give themselves laws of their own choosing. It is where we dwell, in terms of our most fundamental legal rights, and it is accountable to all of us in a way that larger units (so far, at least) are not. I think for this reason Cicero gets it right: Our duties to the whole world allow us a good deal of room to prefer our own nation.

Finally, cosmopolitanism is a form of humanist rationalism. Our duties are to other humans only, and their ground is the claim that all humans partake in rationality. I reject both the rationalism and the humanism found in this tradition. Even within our species, we should treat as full equals people with severe cognitive disabilities that rationalism does not include. But we also have stringent duties to other animals and the world of nature. I’ll go further: All forms of rationalist humanism typically cast aspersions on our animality and teach us to have disdain and disgust for ourselves insofar as we are animals. This is a pernicious idea that has done untold damage.

“McCabe's Law: Nobody has to do anything.”

Before I went to college, I grew up reading columnists like Charles McCabe, Art Hoppe, and Herb Caen in my local paper. There weren’t women columnists in the local newspaper except for the society column, where classmates in the ruling class had their debutant cotillion announcements.

Lunar New Year, in some regions, is based on lunisolar calendar; it is the beginning of a calendar year whose months are cycles of the moon and cycles of the sun. In the present day, Lunar New Year mostly refers to the East Asian new years celebrated on the same date, of which the most influential one is the Chinese New Year.[1][2][3][4]

Spring Festival or the Lunar New Year, is the festival that celebrates the beginning of a new year on the traditional lunisolar Chinese calendar. In Chinese culture and Asian countries within the Sinosphere, the festival is also commonly referred to as Spring Festival (traditional Chinese: 春節; simplified Chinese: 春节; pinyin: Chūn Jié) as the spring season in the lunisolar calendar traditionally starts with lichun, the first of the twenty-four solar terms which the festival celebrates around the time of the Lunar New Year.[2] Marking the end of winter and the beginning of the spring season, observances traditionally take place from New Year’s Eve, the evening preceding the first day of the year to the Lantern Festival, held on the 15th day of the year. The first day of Chinese New Year begins on the new moon that appears between 21 January and 20 February.[3] In 2021, the first day of the Chinese New Year will be on Friday, 12 February, which is the Year of the Ox.

Normally travel is involved with Spring festival activity, but in these apocalyptic days, we all should have a Go Bag packed, regardless of where we live.

Among what FBI says they found in Rachel Powell's home during a search last week:

Things to make with your Instant pot:

So I continue to think about a more mobile living situation but also remind myself how “roughing it” can be more complex. There are much more high-tech “Airstream” van conversions available, but this one seemed much more funky, after I watched some Fran Lebowitz monologues on the difference between “houseless” and “homeless”.

thinking of my own prototype sleeping pod for the homeless, which i would call an 'apartment building' https://t.co/cP2qluTuVc

(51328)
$17.62 (as of May 16, 2022 23:18 GMT -04:00 - More infoProduct prices and availability are accurate as of the date/time indicated and are subject to change. Any price and availability information displayed on [relevant Amazon Site(s), as applicable] at the time of purchase will apply to the purchase of this product.)