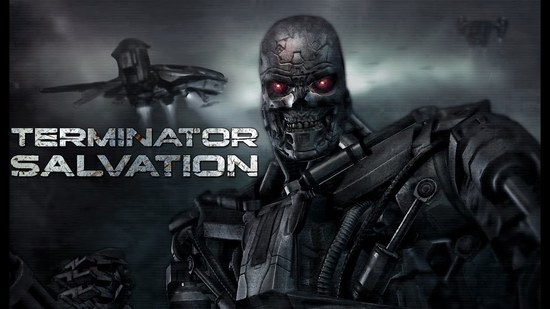 Salvation is a post-apocalyptic film set in the year 2018. It focuses on the war between Skynet’s machine network and humanity, as the remnants of the world’s military have united to form the Resistance to fight against Skynet’s killing machines. Christian Bale portrays John Connor, a Resistance fighter and central character, while Sam Worthington portrays cyborg Marcus Wright. Anton Yelchin plays a young Kyle Reese, a character first introduced in The Terminator, and the film depicts the origins of the T-800 Terminator. en.wikipedia.org/…

In the opening hours of the apocalypse, will we still be able to direct air strikes with our cell phones. Everything depends on scale. This new series about perception at global scales is pretty interesting.

So many things are different. I’m so old, my grad school course in civil engineering on photogrammetry had few overlaps with the course in computer cartography.

Everything is different now, even as change seems fleeting.

In geodesy, military coordinates were as interesting then as now. Darn that globalism.

There’s a nifty article in the Smithsonian magazine about a group of US soldiers who were designated to probe German deodetic data late in WWII. Their work in Germany helped to improve a variety of efforts including better ordnance targeting and the development of current geodesic systems like UTM.

Think of The Monuments Men except with maps.

In Bamberg’s city hall, Hough established a new headquarters for the team, and commandeered nearly an acre of storage space for sorting the captured material. The team culled this to 90 tons of maps, aerial photographs, high-quality geodetic survey instruments and reams of printed data, which they packed into 1,200 boxes to be shipped to the Army Map Service in Washington.

The haul included complete geodetic coverage of more than a dozen European countries and states, including Russia, and several more in North Africa and the Middle East. Hough later estimated that 95 percent of this data was new to the U.S. military. It also included approximately 100,000 maps covering all of Europe, Asiatic Russia, parts of North Africa, and scattered coverage of other parts of the world.

The Soviets took possession of Saalfeld on July 2. HOUGHTEAM was still moving material out of the region on July 1.

The team also captured seven giant contraptions called stereoplanigraphs—cutting-edge technology used to create topographic maps from aerial photos. Bristling with knobs and adjustable arms, each machine was big enough to fill a room and required two people to operate. A complex interior system of lenses and filters combined images from overlapping aerial photos to make high-precision measurements of elevation differences between hills and valleys and other features of the terrain. The models captured in Saalfeld were made by Zeiss, the renowned German optics firm; Hough estimated their combined value at $500,000 (nearly $7 million today). He ordered a furniture factory in Saalfeld to build shipping crates, and sent one of his officers to fetch an engineer from Zeiss headquarters to oversee the disassembly and safe packing of the precious optical equipment.

The ED50, in turn, became part of the foundation for a new global coordinate system known as the Universal Transverse Mercator, the standard coordinate system used by the U.S. military and NATO. It soon proved equally useful for civilian operations, and was adopted for applications as varied as economic development projects, ecological research and oil prospecting. William Rankin, a historian of science at Yale and author of the 2016 book After the Map: Cartography, Navigation, and the Transformation of Territory in the Twentieth Century, says the Universal Transverse Mercator was a crucial step along the path from old-fashioned maps, which represented territory in an intuitively visual way, to coordinate systems such as GPS, which define locations with much greater numerical precision. UTM showed “how to think differently about space and location using mathematics,” Rankin says. “It was like GPS—before GPS.”