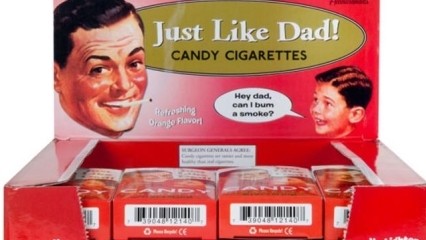 Darn that survey research, weirdly enough, the Thanksgiving table usually has all of the “disproportionately common” dishes. And don’t we all vape while watching the Detroit Lions lose.

For some, a post-meal smoke has seemed de rigueur and being cool has always been some adolescent rite of passage, but my dad was an asthmatic who insisted on smoking, and I grew up in second hand smoke.

Remember that Mitt doesn’t know what a doughnut is…  “Can you see that one of those chocolate, um, uh, chocolate goodies finds its way to our ride?”

.@realDonaldTrump #Romney @MittRomney clearly has no association with #Vaping either first or secondhand.
His claims here show that beyond any resoanble doubt.#FlavoredVapinghttps://t.co/u53F6pl4Ox

Romney told the president that 66% said its the flavors that are drawing kids to vaping. He said many kids don't know that e-cigs have nicotine and view it as candy. “We have to put the kids first,” said Romney. pic.twitter.com/C2HRDtQY6w

Fact check — what the actual hell…https://t.co/89i6rz3jNC

Why do kids have all the fun.

(85525)
$0.00 (as of May 16, 2022 04:33 GMT -04:00 - More infoProduct prices and availability are accurate as of the date/time indicated and are subject to change. Any price and availability information displayed on [relevant Amazon Site(s), as applicable] at the time of purchase will apply to the purchase of this product.)