17 Again is a 2009 American comedy film directed by Burr Steers. The film follows 37-year-old Mike who becomes his 17-year-old self after a chance accident

Rarely do any of us who’ve made it past 17 years of age try to recall what we did over 50 years. I went to college at 17, away from home and probably over-memorialized the leaving home because every time I returned, my home town never failed to be more expensive, less tolerant, more conflicted with regard to gender, race, class.

`It seemed the same for relationships as I wonder whether I was ever a good enough friend, and why was everything so transient, so existential. But stupid things are not unique to age and often harder to change with experience.

Trump Jr. on alleged Kenosha shooter: “We all do stupid things at 17” https://t.co/C37Q8ASqqW pic.twitter.com/PjXmQn4PKB

Не угадал, Майки. I really don't have to make a living – my husband bought his first Rolls Royce literally when I was in middle school. pic.twitter.com/CoM25nFJvf

You gotta respect the artistic commitmemt to disrupting the ied paradigm

Sorry, but that first one is the offspring of the Wicker Man and some Alien/Predator hybrid. NOPE NOPE NOPE https://t.co/HW1liOHPLp

Fistfight in the parking lot

I am fewer than thrilled about this https://t.co/M3DXZFJRmC

These folks are working to solve it! https://t.co/l9HeneEuoh 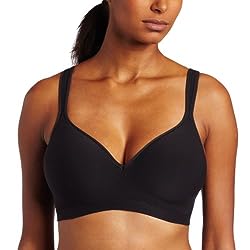