President Donald Trump said the quiet part out loud, admitting he’s intentionally withholding money from the U.S. Postal Service to undermine its ability to handle mail-in voting in the 2020 election.

“They need that money in order to make the Post Office work so it can take all of these millions and millions of ballots,” Trump said on Fox Business Thursday morning of the states that are implementing universal mail-in voting ahead of the November election. “But if they don’t get those two items, that means you can’t have universal mail-in voting, because they’re not equipped to have it.”

The comments make clear why Trump and congressional Republicans have steadfastly refused to grant the Post Office money in the latest round of negotiations over coronavirus stimulus. Trump has long attacked mail voting as fraud-prone even though there’s little evidence that’s true — and he sees slowdowns at the Post Office as a way to screw up mail voting.

President Donald Trump’s former personal lawyer Michael Cohen released the foreword to his forthcoming tell-all about the president, which makes unflattering allegations about Trump’s personal life and presidential campaign, including that he participated in “golden showers in a sex club in Vegas,” engaged in tax fraud and “cheated in the election, with Russian connivance.”

Like Cohen’s own “propulsive ambition and boundless self-abasement”, Jared Kushner, a.k.a. slender-man, twinked together a squad of slim-suit Gen-Xers to solve a pandemic, much like the difference between Trump witnessing golden showers and actually participating in them.

Jared kushner, the second-most-powerful man in the White House, is quite a bit smarter than the most powerful man, his father-in-law, the president. Donald Trump possesses a genius for the jugular, but he evinces few other signs of intelligence. He certainly displays no capacity, or predisposition, to learn. His son-in-law, by contrast, appears to have sufficient analytic acumen to comprehend that the country has been brought to its knees by the coronavirus pandemic. Kushner might not be the brightest public servant in American history—he is a Harvard graduate who is also a leading symbol of college-admissions corruption, and a businessman with a substantial record of failure—but he has shown flashes of effectiveness in his time at the White House. Because he projects a facsimile of capability and because he shows, at irregular intervals, a seemingly genuine interest in governing, he is also an exasperating mystery.

Aides were assigned to three different teams focused on resolving crucial shortages: One would ramp up testing; the others would procure ventilators and personal protective equipment, respectively. The teams were instructed to descend on FEMA and the Department of Health and Human Services and act like management consultants, injecting unorthodox thinking and imposing a bias for action. In the days that followed, Kushner and Boehler supplemented the group with volunteers recruited from the private sector—from consulting firms, private equity, and the health-care industry. According to The New York Times, rivalrous bureaucrats referred to these recruits as the “Slim-Suit Crowd.”

But by July, the nation was manifestly not rocking. Kushner had expanded testing, but, according to recent reporting by Vanity Fair, he also seems to have stifled the development of infrastructure that could have matched the scale of the problem. The Slim Suits had conceived an intricate blueprint for a robust testing and contact-tracing regime—a set of policies that likely would have helped slow the spread of the virus across the nation. But instead of executing those plans, Kushner appears to have permitted them to wither. And as the president claimed the virus would miraculously disappear, politicized the wearing of masks, and held an indoor campaign rally in Tulsa, Oklahoma, that contravened the administration’s own recommendations, Kushner offered no public words of contradiction or caution.

From the man who asked Trump today, “Do you regret at all the lying you’ve done to the American people?” https://t.co/2HIdLQt99r

Holy shit. Trump pushes a baseless, birther-style theory about Kamala Harris that holds she's not a citizen because birthright citizenship isn't a thing.

“I just heard it today that she doesn't meet the requirements … I have no idea if that's right.” pic.twitter.com/ZIXYrleuVf

So, in 2013, in preparation for his Miss Universe event in Moscow, Trump went with Rob Goldstone and Emin Agalarov to a Las Vegas nightclub famous for its simulated golden-showers sex shows. That's at the very least an odd coincidence. https://t.co/g6aobOHODy pic.twitter.com/aYX94ManVL

Some of @MichaelCohen212 's claims in his new book might seem crazy, but how much more crazy is it than the rest of what Cohen *has actually experienced*?? pic.twitter.com/7OPj56qJbl

At least Cohen testified and cooperated in regards to what he knew, unlike so many others in Trump’s orbit who fought subpoenas to do the same…. I may buy the book just knowing that it being a number one best seller will grate on Trump’s nerves bigly.

Yes, I definitely think @realDonaldTrump should campaign extensively in the State of New York. California, too. https://t.co/OUMGfdGRP9

You release your college transcript, I’ll release mine, and we’ll see who was the better student. 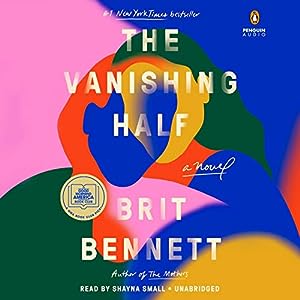