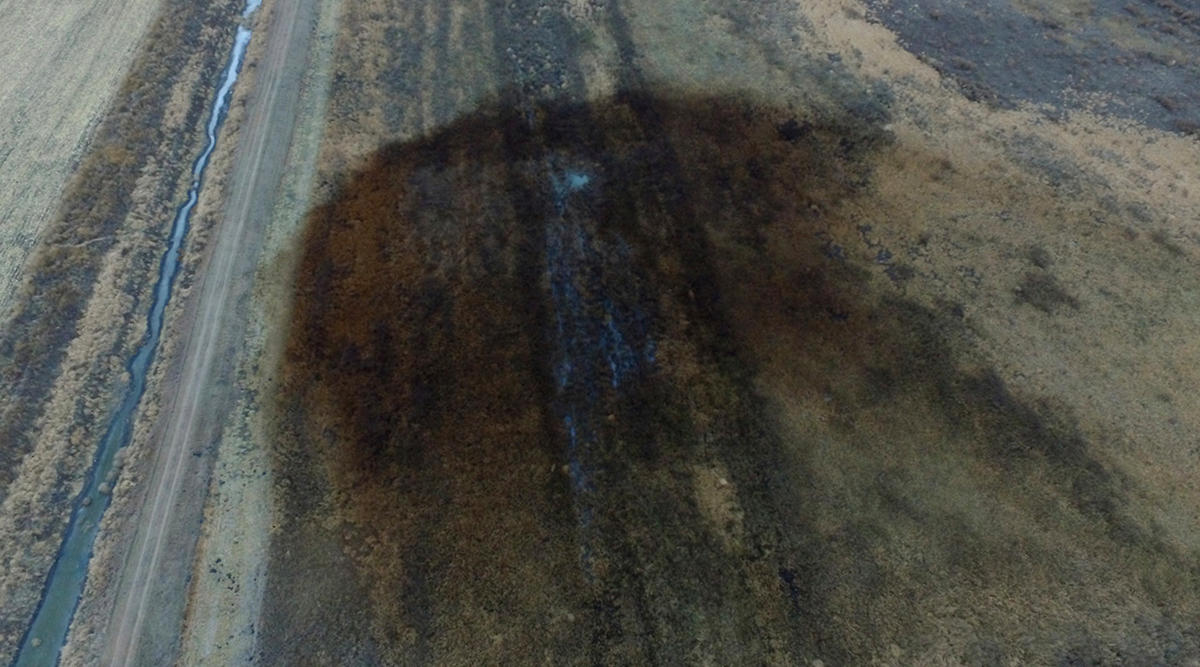 “The Keystone pipeline’s spill of 383,000 gallons of oil into North Dakota was predictable, environmental group Greenpeace said in a statement depicting the transport of fossil fuels as a risky venture.

The spill, which led the pipeline to shut down on Tuesday, occurred in the state’s northeastern Walsh County. The pipeline, which is slated for a contentious expansion across the U.S., has a history of spills and in 2017 leaked 407,000 gallons into South Dakota.

“History has shown us time and again that there is no safe way to transport fossil fuels, and pipelines are no exception. In the last 10 years, U.S. pipeline spills have led to 20 fatalities, 35 injuries, $2.6 billion in costs and more than 34 million gallons spilled. New pipelines are locking us into carbon emissions that will push our climate past safe limits. That is not the future I want for my children.”

The pipeline was, of course, built directly on top of the Ogallala Aquifer…

…a large body of fresh water that supplies drinking water for 82% of the people in the high plains, and which is already under stress and has been depleted by 9% by use for irrigation.

Once used up or despoiled it will take 6,000 years to refill through naturally rainfall.

Talk about scary…. this is the third spill along the pipeline’s route in less than three years. We must leave fossil fuels in the ground and switch to 100% #renewableenergy. https://t.co/bw5KLLnatY

Happy Halloween from the scariest monster in the world, the fossil fuel economy https://t.co/Sb7fxiutbE

(28)
$19.99 (as of May 18, 2022 05:23 GMT -04:00 - More infoProduct prices and availability are accurate as of the date/time indicated and are subject to change. Any price and availability information displayed on [relevant Amazon Site(s), as applicable] at the time of purchase will apply to the purchase of this product.)