Evil is as evil does when it comes to Moscow Mitch’s declaration that the states should go bankrupt rather than have the federal government keep them afloat during the coronavirus pandemic.  And it appears that Kentucky Democrats are not going to let the famous Grim Reaper off the hook when it comes to his love of fiscal austerity.  Let’s put aside Moscow Mitch’s lies and hypocrisy on fiscal matters for now and focus on what Kentucky Democrats like Governor Andy Beshear have rightly pointed out is the stupidity of McConnell’s position.  One big problem:  Kentucky’s budget would be at the mercy of a bankruptcy judge.

Don’t believe me?  Governor Andy Beshear was our state Attorney General, and this is what he had to say about Mitch’s state bankruptcy idea:

Thursday afternoon, Kentucky Gov. Andy Beshear, also a Democrat, said the next legislative package must include budgetary relief for local and state governments.

He warned that declaring bankruptcy, while technically legal, would allow a judge to draft the state's budget and puts them in a position to potentially raise taxes on everybody across Kentucky.

“This is necessary,” Beshear said of federal aid. “It will cripple our efforts to rebuild if we don't see a package, not only for states, but cities and counties. … It's not just a prop for us, it's for every city and county in Kentucky.”

Now, I can tell you one thing about my beloved state of Kentucky.  Nothing will make Kentuckians sit up quicker than if you start to talk about raising their taxes.  Kentuckians are as taxaphobic as voters in places like New Hampshire.  Probably because politicians in Kentucky have this little problem of 1) raising REGRESSIVE taxes like the state sales tax or 2) giving away tax cuts to large corporations to bring jobs, jobs, jobs.  This leads to state needs not being funded properly, especially since Kentuckians don’t think they will get a fair shake when it comes to raising revenue.  It’s one of many reasons why we have one of the most underfunded state employee pension systems in the nation.

I have my serious doubts that any Kentuckian would want their economic fate handed over to a bankruptcy judge.

Maybe we will get a bankruptcy judge who will just liquidate most of the state assets and just get rid of the state government?  I’m sure that would make the libertarians happy in Kentucky, but I am betting that eliminating state government programs will not be terribly popular with Kentuckians either.  Well, not the sane ones that is.

Oh yeah.  Eliminating the government means LESS jobs.  A point that other Kentucky Democrats are raising:

But across the country, cities and states are being forced to furlough public employees and cut services as the contagion tanks entire sectors of the economy.

In Louisville, where McConnell lives, the city announced the furlough of 380 employees and faces a staggering $115 million budget shortfall. Local leaders have pleaded with the senator to do more.

“We will have far, far, far less resources to deliver the resources that Louisvillians deserve,” Mayor Greg Fischer said in an April 8 interview. “… As Congress gets together, they are really our only solution. We need to see more relief, more stimulus from the federal government.”

Vital city services we all rely on, including public safety, are threatened by the massive tax revenue declines caused by our need to #StayHome to stop the spread of COVID-19. Please call (202) 224-3121 now & tell our federal representatives to Save AmericaÃ¢Â€Â™s Cities. @usmayors— Mayor Greg Fischer (@louisvillemayor) April 23, 2020

And as Congressman John Yarmuth has pointed out, this let the state’s declare bankruptcy flies int the face of McConnell’s commercials saying that he has “saved” the economy and his “showing leadership.”

U.S. Rep. John Yarmuth, a Democrat from Louisville, also chastised McConnell for walking away from states.

“Throwing up your hands and telling them to declare bankruptcy is not a solution, it’s an abdication,” he said. “I will continue to fight for this vital funding to be included in the next phase of relief so our state and local leaders have the resources and flexibility they need to successfully lead us out of this crisis.”

And you know who got his ass beat because he wanted to fuck over teachers and other state employees on the issue of funding the state pension system?  Why it was Matt Bevin!  Our now former governor.  And Amy McGrath is picking up on this issue:

How about we stop thinking in partisan terms of blue and red and start seeing in red, white, and blue? We need more patriots as leaders, not longtime partisans…especially now during this national crisis. https://t.co/XQE7TJsnOX

McGrath also echoed Democratic governors and senators who pilloried McConnell's stance as one that will hurt average Americans first.

Knowing how Kentuckians a few months prior booted an unpopular Republican governor from office who tried to make changing pensions his legacy, the retired Marine fighter pilot said the McConnell message of bankruptcy is a slap in the face to the teachers, police and firefighters, “that their pensions aren't worth saving.”

“Mitch McConnell would rather states file for BANKRUPTCY than give state workers vital aid to fund their pensions,” McGrath said in an Wednesday tweet “Mitch had no problem giving corporations billions, but unlike corporations, everyday Kentuckians don’t have lobbyists.”

I find it heartening in these very, very, very dark times that the state Democrats may be on the same page and fighting back against Moscow Mitch. 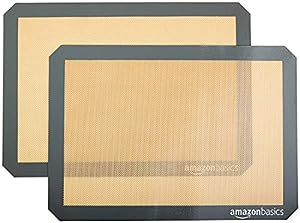