Rudy Giuliani is returning from Ukraine. He tried to divert attention from his producing propaganda with OANN support, as one of his Ukraine cronies might get called to testify in the Senate trial. Politico thinks Giuliani is “shook”, as he tries to spin distractions and disinformation.

It was another revelatory week in impeachment where it was almost impossible to pin down what left us most shook.

Speaker Nancy Pelosi announced Democrats would proceed with articles of impeachment against President Donald Trump. Trump in turn urged Democrats to impeach him as soon as possible. Constitutional scholars testified that Trump’s actions related to Ukraine were the worst misconduct in presidential history. And Trump’s personal lawyer Rudy Giuliani showed up in Kyiv again.

However, what actually changed in the impeachment dynamic this week? Will the Judiciary hearings have a lasting impact? Will Trump ever participate under oath? And just what is Giuliani thinking?

Devin Nunes had repeated contact with Rudoph Giuliani on matters central to the investigation, potentially implicating him in Giuliani back-channel pressure campaign on Ukraine.

So many contradictions, so little time to impeachment.

HOGAN GIDLEY TODAY: Trump "didn't press Zelensky on anything other than getting to the bottom of corruption in his country. We know that"

RUDY GIULIANI YESTERDAY: "The conversation about corruption in Ukraine was based on compelling evidence of criminal conduct by then VP Biden" pic.twitter.com/Vl3iyFitwx

Six months later, the only people Giuliani could find to meet with were the same resentful former prosecutors and several lawmakers of questionable repute.

He came from Budapest, where he had met with former Prosecutor General Yuriy Lutsenko according to a tweet by Chanel Rion, a journalist with the right-wing One America News (OAN) network who traveled with Giuliani. Rion, Giuliani and the OAN crew filmed an interview with Lutsenko for a television series that the network says will debunk the impeachment inquiry.

They were joined by Andrii Telizhenko, a former Ukrainian diplomat-turned-political fixer and a commentator for the pro-Trump media; his client and former Ukrainian lawmaker Andrey Artemenko and Giuliani’s spokeswoman Christianne Allen.

This thread about Giuliani and his shady meetings became very popular, so I want to quickly promote my excellent colleagues. Real truth-seekers who want to know what's happening in Ukraine, read the @KyivPost. Thanks! pic.twitter.com/ozeEusD0Q3

Rudy is now framing a piece on Christianne Allen forthcoming from Politico.

Politico is about to write a malicious hit-piece on a Comms Director of mine. Not just because she’s pro-Trump but because she’s lined up one witness after the other, proving just how corrupt the Democrat party is. Politico has assisted this cover up for years. It’s a shame!

He just said he didn’t want to participate in the hearing, mung bean.

Sure. Using corrupt pro Putin Ukrainian Ukrainian mobsters.. the people in Ukraine who stole the money at the highest levels are your allies. Why is Kislin your decades long mafia associate trying to unfreeze Yanukovychs money? Is this part of the joint criminal con?

On Thursday, Giuliani — apparently posting from somewhtere in Kyiv, where he’s currently traveling as part of his ongoing international effort to dig up dirt on the Bidens — posted tweets explicitly acknowledging a link between ongoing US assistance to Ukraine and investigations into the Biden family.

“The conversation about corruption in Ukraine was based on compelling evidence of criminal conduct by then VP Biden, in 2016, that has not been resolved and until it is will be a major obstacle … to the US assisting Ukraine with its anti-corruption reforms,” Giuliani claimed, despite the fact that no such evidence has emerged.

…to the US assisting Ukraine with its anti-corruption reforms.

The American people will learn that Biden & other Obama administration officials, contributed to the increased level of corruption in Ukraine between 2014 to 2016.

This evidence will all be released very soon.

Speaking of anniversaries, whatever happened to the Rudy Giuliani counter-report to the Mueller Report.

It has been incorrectly reported that Rudy Giuliani and others will not be doing a counter to the Mueller Report. That is Fake News. Already 87 pages done, but obviously cannot complete until we see the final Witch Hunt Report. 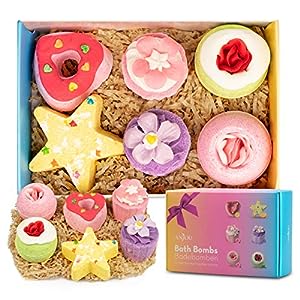