Why it matters: What happens in Washington is often lost on the rest of the country. But this rescue package is the largest in American history, has the attention of leaders on both sides of Pennsylvania Avenue and matters to Americans back home.

What's next: The Senate is now on an extended recess through April 20.

Super Callous Fragile Racist Sexist Not My POTUS A...

We probably won’t see curve flattening until the beginning of the silly season which seems to have seen the groundhog rather than the shadow.

Cuomo hits Trump for this tweet, calling it “incorrect and grossly uninformed.” He says the ventilators are in a stockpile and haven't been sent to hospitals yet because they'll be needed when New York hits its apex in about 21 days. https://t.co/DprhocgJSh

If Trump followed the playbook he was given, he could have started generating this supply chain two months ago. https://t.co/1FVs3EIuYi

Maybe the Secret Service should do the same when Trump forces them to pay for golf cart rentals at Mar-a-Lago.

Super Callous Fragile Racist Sexist Not My POTUS A...

Rush Limbaugh: Health experts are part of the the “Deep State”

Ã¢Â€ÂœWe didn't elect a president to defer to a bunch of health experts that we don't know. And how do we know they're even health experts?”https://t.co/LG0hBNwRr8 pic.twitter.com/LOW5mCdILw

Breaking news: Congressman Massie has tested positive for being an asshole. He must be quarantined to prevent the spread of his massive stupidity. He's given new meaning to the term #Masshole. (Finally, something the president and I can agree on!) https://t.co/N1CNLPsZjc

A 17-year-old boy in Los Angeles County, the first teen believed to have died from complications with covid-19 in the U.S., was denied treatment at an urgent care clinic because he didnÃ¢Â€Â™t have health insurance. https://t.co/lgKITuEMNZ

5. Right now we're seeing a massive bailout for corporate America (upwards of $6 trillion) but only the most grudging social safety net measures (and resistance to even medically necessary policy like paid sick leave). This is an explosive combination. 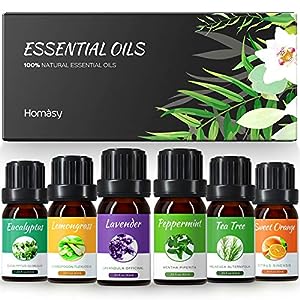