Looking forward to our best year yet, in solidarity with peace on earth.

No Justice, No Peace

As we reflect on 2019 and prospects of peace at home and abroad, we find low valleys of despair and bright spots of hope.

Children are still dying and being sexually assaulted in Immigration and Customs Enforcement (ICE) custody. One in five American kids went hungry this year, and the Trump administration wants to cut food benefits to hundreds of thousands of Americans. On average, 43 American children and teens experience gun violence every day. The climate crisis nears major tipping points with minimal international intervention. Wars in Yemen, Syria, Afghanistan, and elsewhere drag on and on. Authoritarianism continues its insidious spread at home and around the globe.

Still, the spending bill just signed into law contains a path to citizenship for some 4,000 Liberian refugees and does not expand funding for the wasteful border wall. Federal agencies will receive $25 million from Congress to study gun violence for the first time in decades. While federal policies exacerbate hunger in America, states and local governments are stepping up to help struggling families. Young people around the world are standing up and shouting down climate change deniers, demanding real and urgent action to stem the increase of greenhouse gases. Climate action and peace action have joined forces in the burgeoning “War is not Green” campaign.

And on Wednesday, December 18, the U.S. House of Representatives voted to impeach Donald Trump for abuse of power and obstruction of Congress, the first major step in holding this lawless president accountable for his lies, cheating, and disregard for the rule of law.

We are grateful for these victories, achieved at great cost through relentless organizing and pressing elected officials to do the right thing. Progressive Democrats of America stays in these fights, working 24/7 around the clock and the calendar for peace, justice, and equality. Won’t you please help us make 2020 our most progressive year with a monthly gift?

We need your monthly sustaining gift of $27, $12, $10, or $5 to keep our activists and volunteers working on these critical issues from January 1 non-stop through December 31. Please become a PDA sustainer today.

Civil War in the Republican Party looks like this; Liz Cheney against an army of feeble men.

Reps. McCarthy and Cheney share awkward moment over future of GOP and Trump 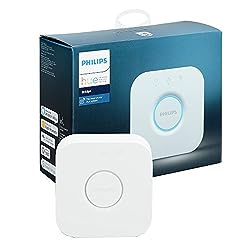