Here’s something I wanted to highlight:

Former Vice President Joe Biden said he could fill his administration with younger people to try to build a “bench” for the Democratic Party.
Biden said during a virtual fundraiser Friday night that he has had conversations with “younger, really qualified people” who he says could be leaders in the near future about joining him should he win the White House in November.

“There are a number of people like you — and I’m not being a wise guy — who have been helping me. They’re serious people who I’ve had discussions with about … asking them, are they willing to come into a government if I get elected?” Biden said, according to a pool report of his remarks.

“And one of the ways to deal with age is to build a bench, to build a bench of younger, really qualified people who haven’t had the exposure that others have had but are fully capable of being the leaders of the next four, eight, 12, 16 years to run the country. But they’ve got to have an opportunity to rise up,” he added.

Some Democrats have raised the alarm about how the party's presidential primary, which once boasted a historically diverse field, winnowed to Biden and Sen. Bernie Sanders (I-Vt.), two white, male septuagenarians. There have also long been grumblings among Democrats over the party’s congressional leaders, who are mostly in their 70s.

Biden sought to assure supporters that his administration would be filled with Americans who represent the “spectrum of our party” and that he already has several people in mind.

“At the end of the day, the people who will join my Cabinet, God willing, if I become the president — it’s almost presumptuous talking about it a little bit — will be people who represent the spectrum of our party and who look like the country,” he said. “There’s a lot of really, really qualified people who I think have the same view that I have, which is it’s not about going back to 2008 or 2012. It’s about moving ahead significantly.”

I like this because Biden wants to both unite the party and pave the way for it’s future. Biden is already looking for his potential Vice President and he wants his party to dominate the future. This election isn’t just about getting rid of Trump, it’s about the. future of our party and our country. Biden understands that and it’s why we have to make sure he wins in November. Click here to donate and get involved with Biden’s campaign. 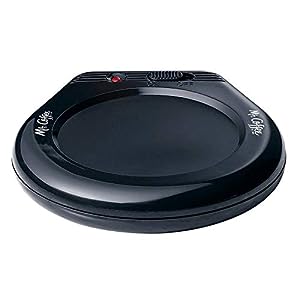