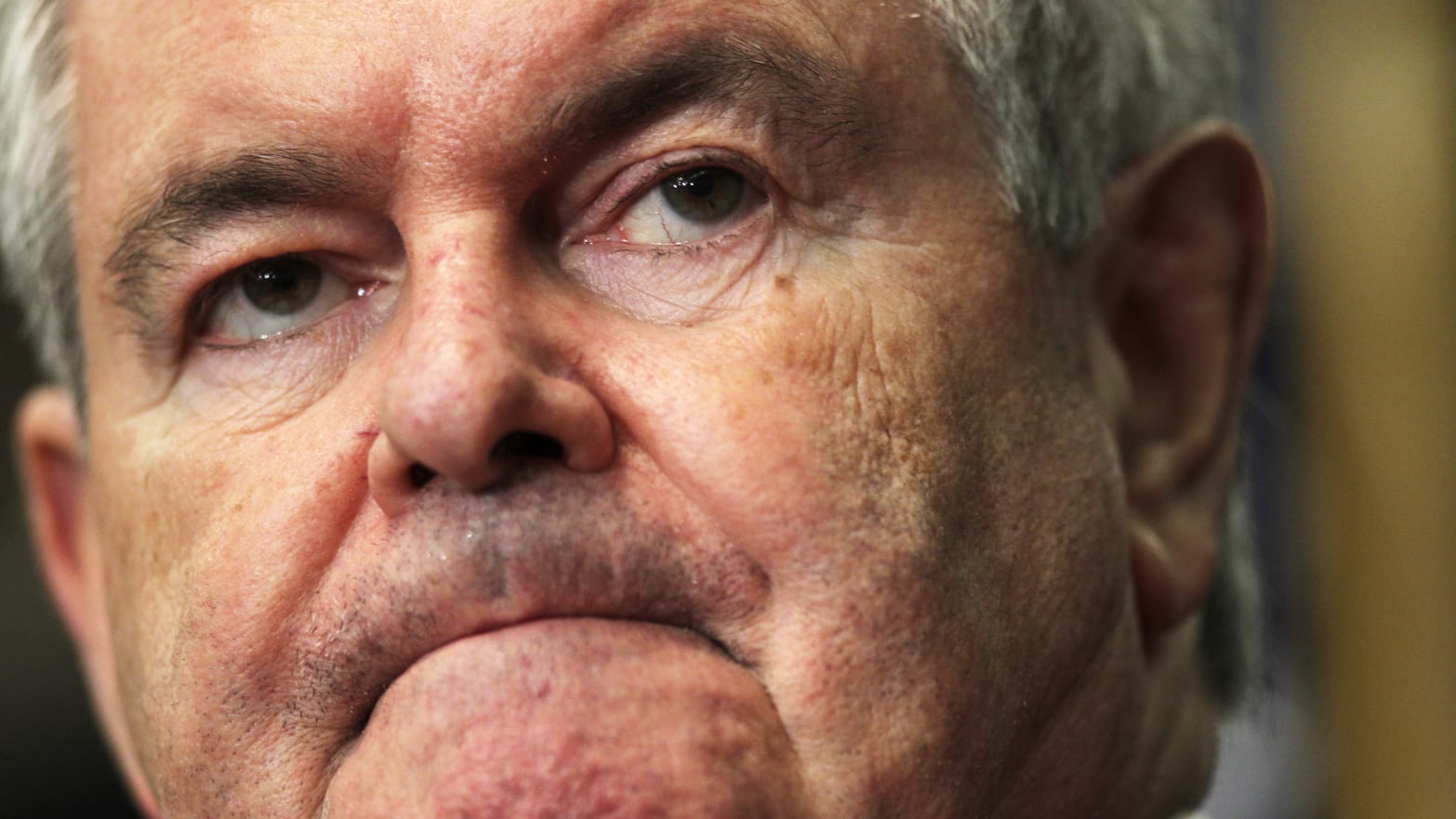 Before 2016 if you told most Americans that Donald Trump would become president, they would have laughed or thought you were joking. The outspoken businessman and tv personality was a complete outsider to the world of politics. Yet his antics and political rhetoric were not. Trump can thank Newt Gingrich for creating the perfect political stage for Trump to become president. Gingrich, a representative from Georgia, former Speaker of the House, and Republican presidential candidate, was a career politician. He not only made a career out of ruthlessly attacking his political adversaries, but he completely changed the nature of politics, and he is primarily to thank for the polarizing political climate in which we find ourselves today. Gingrich was willing to hurt governmental institutions, such as congress, to ensure political victory. Trump’s presidency has passed, and we have a new president. Biden is wholly different than Gingrich in personality, ideology, and everything else. However, both Gingrich and Biden started their political careers in the 1970s, and both have had long careers in government. Now that we understand that Trump was more than just an anomaly, our response needs to be different. This essay will briefly talk about the very different political careers of Newt Gingrich and Joe Biden and seek to understand the roles they each have played in creating the current political climate. Understanding the history of these two men will give us a better understanding of what needs to be done in the future and allow us to find even better solutions for what can only be called a broken system.

Newt Gingrich is like a villain from a cartoon. Julian E. Zelizer, a history professor at Princeton and author of Burning down the House, described Gingrich as “extraordinarily arrogant, totally self-absorbed, and brutally ruthless” (1). This description tracks, as “Newt discussed divorce terms with the cancer-stricken Jackie during one of her hospital stays” (Zelizer 53). The politics of Gingrich were not much different than his personality. Gingrich joined congress in 1979 after being a professor of history at West Georgia College. Gingrich may have been young and new to capitol hill, but he was young, hungry, and not afraid of anyone. Gingrich created his path through congress “through high-profile attacks on the majority Democrats that he knew would rile Washington. Gingrich would be the Republican attack dog” (Zelizer 38-39). Gingrich weaponized the post-Watergate era to attack Democrats for ethical violations. This first came before Gingrich was even seated as a representative when he demanded that the House Ethics Committee investigate Charles Diggs, a representative from Detroit. Charles Diggs was indicted on many charges, “including accepting $60,000 in kickbacks from his staff” (Zelizer 39). This was entirely out of the ordinary, not only because Gingrich was a new representative, but it was agreed upon that each party would hold their members in line. This was Gingrich’s first step in changing house traditions; however, nothing compares to Gingrich’s attack on the Speaker of the House, Jim Wright.

Jim Wright was a Texas Democrat. While he became Speaker of the House in 1987, not everyone in the democratic party believed he was the best man for the job. To win, Wright was “whipping votes and leaning on colleagues who owed [him] favors,” and when Wright won by one vote, “the outcome shocked everyone in the chamber” (Zelizer 101). This one-vote victory would come back to haunt Wright when Wright needed the political support of his party later on. With Wright as the Speaker, Gingrich saw a political opportunity. Early on in Wright’s career as Speaker, he was caught up in a few scandals. One scandal was about Wright getting “royalties of 55 percent” on a book of speeches he wrote, which was “far above the conventional rate of 10 percent earned by most authors” (Zelizer 113). There were also many questions about Wright’s finances, as Wright had made some questionable deals with Texan businessmen who help Wright make tens of thousands of dollars (Zelizer 112). Gingrich relished in these stories, and he even “carried around an overflowing binder…filled with press clippings of ethics stories about wright” (Zelizer 112). However, Gingrich would take much harsher steps than just carrying around a binder of newspaper clippings. Gingrich planned to fill an official complaint with the ethics committee; however, he still did not have the political support he needed. This support would come after more scandals came out about Wright due to his finances. On May 26, 1988, Gingrich submitted an official ethics charge against Wright. 72 out of 177 House Republicans signed onto the charges, which included charges about certain Oil deals that Wright had made, and the book deal (Zelizer 139).

The next few years would be nothing but hell for Wright. More scandals would appear in the press, and over time the support from his party that he had fought so hard to gain would dwindle. The ethics committee would hear Wright’s case, and since this was the post-Watergate era, they wanted to seem unbiased and ethically sound. While this situation was based on ethics and should have been non-partisan, the entire event became politicized and weaponized. A special counsel was appointed, Richard Phelan, and in late February, he came out with a 450-page report about Wright’s case (Zelizer 198). This report did more than tell the truth as Phelan “was heavy handed with the evidence, twisting information in a negative fashion and inserting every charge into the document regardless of its veracity” (Zelizer 189). Long story short, Wright would end up stepping down without being charged with a single ethics violation. Gingrich had used the ethical goals of his era not only to take down the Speaker of the House but to change the way congress functioned entirely.

The contrast between Joe Biden and Newt Gingrich is almost comical. Biden joined the Senate in 1972, at the young age of 29, representing Delaware (“Joe Biden”). However, his success was short-lived, as tragedy would strike him. In December of 1972, his wife, Nelia, was driving with their three children, Beau, Hunter, and Amy. Nelia’s car was hit by a truck, killing her and their infant daughter, Amy (Biography). Biden held true to his commitment to his state of Delaware and “took the oath of office from his sons’ hospital room” who were both recovering from the accident” (“Joe Biden”). Biden would go on to have a long and very respectable senate career. He took a very different role than Gingrich did, as he sought to gain power by rising through Committee appointments and not rocking the boat too much. Biden did a lot of work on foreign policy and crime, as he served as the chairman of the Committee on Foreign Relations and sponsored the Violent Crime Control and Law enforcement act (“Joe Biden”). While both Gingrich and Biden rose through their respected chambers of congress, they each did it in entirely different ways, with Biden not tampering with the political system.

However, Biden’s political career was not without challenges and scandals. Biden entered into a wide-open 1988 presidential race and was seen as a young and different face for the democratic party (Waxman). The moment was rife with political opportunity, as Regan’s second term was ending, and democrats were motivated to fight back. However, Biden would end up being his own worst enemy, as questions arose about his speeches and whether or not they were plagiarized. The first scandal was, “video surfaced that spliced together footage of U.K. Labour party leader Neil Kinnock giving a speech and Biden clearly quoting Kinnock at the Iowa State Fair with attribution” (Waxman). Things would not get better, as Biden claimed to have graduated top half of his class at Syracuse law, but really graduated 76th out of 85 (Waxman). Biden would drop out of the race on September 24, 1987, only three months into his campaign.

While there are countless differences between who Joe Biden and Newt Gingrich are as people and the trajectories of their careers, the one key difference that we should focus on is the effect that each of them had on the institutions in which they worked. Biden worked in the Senate for over thirty years. While he did make some mistakes, the legacy he has left on the Senate shows that he respected the institution and how it functioned. However, Gingrich left a much different legacy on the House of Representatives. Gingrich changed how members of different parties interact with each other in the House and our entire political system. Gingrich was willing to hurt the system to gain power, and the fact is that he succeeded. Gingrich would become the Speaker of the House after his party finally won a majority that it had not seen in decades.

The question now becomes what do these very different political careers mean for us today, and how can they help us respond to our current political issues? Looking at Biden’s career, it is easy to see that he played by the rules and respected the traditions in place, which he intends to do as president. Biden’s message on the campaign trail and when he became elected was a message of bipartisanship and unity. While these ideals are honorable, they are ideals of the past. Gingrich has completely changed how the political system functions, meaning that Biden’s message is a message of the past. Therefore, questions about keeping the filibuster in the Senate and other governmental reforms that have to do with saving the essence of our government are moot. These institutions have forever changed, and that means that our political actions need to change with it. This does not mean that every politician should follow in the footsteps of Newt Gingrich. However, it does mean that politicians need to be pragmatic and understand that a good government will look a lot different than it has in the past.