The day after Donald Trump sent his terrorist goons to assault the United States Capitol, and the American people's representatives as they tried to do perform their Constitutional duties, there is still a whiff of chaos and treason in the air around Washington, D.C. The perpetrators have not been apprehended and many of their enablers in the Republican Party continue to espouse the dangerous lies that motivated the insurrection.

Trump himself has still not condemned the violence. In fact, in a video that Twitter removed, Trump actually embraced it and told the terrorists that he loved them. Twitter also deleted Trump's last tweet before his account was suspended for putting the nation at risk. In that tweet Trump excused the violence saying that…

“These are the things and events that happen when a sacred landslide election victory is so unceremoniously & viciously stripped away from great patriots who have been badly & unfairly treated for so long. Go home with love & in peace. Remember this day forever!”

WRONG! These are the things and events that happen when a sociopathic, narcissistic, aspiring authoritarian dictator stages a coup in order to maintain his illegal grip on power and avoid certain criminal indictments.

There has been a broad condemnation of Trump from across the political spectrum in America and around the world. However, from Trump's Ministry of Propaganda (aka Fox News) there has been a steady drumbeat of support, rationalization, and even condemnation of others for Trump's wrongdoing. Chief among the Trump apologists is Tucker Carlson, who devoted his Primetime White Nationalist Hour to making excuses for Trump and his treasonous brigades (video below). Carlson began by sympathizing with the delusions of the rioters:

“Millions of Americans sincerely believe the last election was fake. You can dismiss them as crazy. You can call them conspiracy theorists. You can kick them off Twitter. But that won't change their minds.”

The reason that some Americans believe the election was fake is because people like Carlson, and others on Fox News, have endorsed and amplified Trump's flagrant and repeated lies on the subject. But Carlson is correct in saying that their minds won't be changed. And his sanctimonious monologue didn't even attempt to do that. In fact, he just made things worse:

“What happened today will be used by the people taking power to strip you of the rights you were born with as an American. Your right to speak without being censored. Your right to assemble, to not be spied upon. To make a living. To defend your family, most critically.”

So the lesson Carlson takes from this purposeful act of sedition is that the government that these traitors sought to overthrow truly is their enemy and is determined to squelch their freedoms and kill their families. That is not how you deescalate the irrational tensions of insurrectionists. That's how you incite them to further violence.

Carlson closed by saying that “We got to this sad, chaotic day for a reason. It is not your fault. It is their fault.” So Carlson is validating the terrorists by affirming that had a good reason to commit terrorism. And besides, it isn't their fault anyway. It's the fault of the democratically elected government that they oppose and hope to topple.

Fox News is wholly complicit with the evildoers of Trump World. They immediately joined the chorus of Trump cult disciples who sought to blame the insurrection on Antifa. Never mind that they had zero evidence of that, or that Antifa doesn't even exist. Fox News also tried to draw outrageously false equivalencies between these traitors and the millions of citizens who protested institutional racism and police brutally.

Fox News hosts minimized the riots by characterizing them them as protests that “got a little out of hand” by “passionate” people “who love our country.” Pete Hegseth of Fox and Friends justified the terrorists saying that “They were there to support the President of the United States and to defend our republic.” “I understand what this country represents,” Hegseth said. Adding that “I see how the left is trying to tear it down. And I see one man in Donald Trump who's been willing to fight undeterred.”

That's precisely the problem. Trump and his confederates are determined to start a fight that they hope takes the form of a civil war. And they are undeterred by reason, facts, decency, or patriotism. They are committed to betraying the country in favor of a tyrannical dictatorship led by a megalomaniac with no moral core.

And Fox News is at the center of Trump's communications strategy to disinform the dimwitted and lead them into submission and oppression. So when anyone proposes that Trump must be removed from office and prohibited from serving again, they have to include Fox News if the nation hopes to avoid the next aspiring dictator.

Murdoch's Fox News continues fuelling conspiracy theories. See how Murdoch favourite Tucker Carlson assumes the voice of the mob's grievances, minimising their responsibility and claiming Biden will strip away their fundamental rights. “It is not your fault. It is their fault.” pic.twitter.com/OmmosL2IwN— Kevin Rudd (@MrKRudd) January 7, 2021 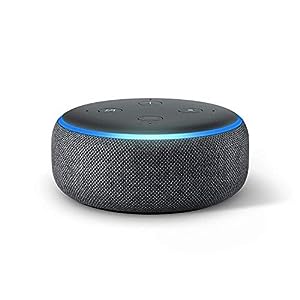