No one wants to hear about GameStop(gate) even if it’s not really a scandal or a flaw in capitalism. Slavoj “we must end capitalism but won't” Žižek on GameStop is like imposing a libidinal economy on Sudetenland when you take it over. Was the appeasement good for you too? There’s a market in lusting for disaster capitalism even if it won’t bring everything down.

In real life, many Goliaths (the professional investors betting against the stock) and Davids (the amateur traders betting for it) in this story are likely to lose a lot of money. Most of the Goliaths will probably absorb those losses just fine, all things considered. Even those who work at funds that got squeezed are likely to be able to recover and raise money for future investment funds in the weeks and years ahead. And at least one of the biggest Goliaths — the financial firm buying the Davids’ order flow — will come away from this episode much richer, since it got a cut of most transactions.
Meanwhile, aside from a handful of lucky individuals who’ve received outsized attention, the Davids may lose their life savings once the GameStop share price comes back down to reality.

She's not “crying at the fall of her people to the Nazis”, she's celebrating, also not in 1942-1945.
They are Sudeten Germans emotionally welcoming German troops during the annexation of the Sudeten region of Czechoslovakia in 1938.
Compare with the uncropped photo; https://t.co/sD55uGwZYl pic.twitter.com/71y6SGLYhU

I regret to inform you that Žižek has written about $GME. https://t.co/MADzFmMz63

When Croatian movie director Dario Jurican ran in the country’s presidential election in 2019, his campaign slogan, ‘corruption for everybody’, promised that normal people would also be able to profit from cronyism. The people reacted with enthusiasm although they knew it was a joke. A similar dynamic is present on the wallstreetbets subreddit, which subverts the financial system by over-identifying with it or, rather, by universalizing it and thereby revealing its in-built absurdity.

The decision to invest in GameStop was less motivated by what was going on with the company and more just to raise temporarily the value of its stocks and then play with its oscillations. What this means is that there is a kind of self-reflexivity which characterizes wallstreetbets: what goes on in the companies in whose stocks the participants invest is of secondary importance. The participants primarily count on the effects of their own activity (of massively buying or selling the stocks of a company) on the market.

In his psychoanalytic theory, Jacques Lacan distinguishes between direct pleasure (enjoying the object we want) and surplus-enjoyment. For example, many people enjoy the activity of shopping more than what they actually buy. Wallstreetbets members have brought this surplus-enjoyment of stock-exchange gambling out into the open.

In short, wallstreetbets is doing openly what Wall Street has been doing in secret for decades.

The utopia of populist capitalism — the ideal of millions who are during the day ordinary workers or students and in the evening play with investments — is, of course, impossible to realize, it can only end in self-destructive chaos. But is it not in the very nature of capitalism to be periodically in crises — the Big One of 1928 and the financial meltdown of 2008, to mention just the two best-known cases — and to come out of them even stronger?

However, in all the old cases it was (and is) impossible to restore balance through market mechanisms, because the price is too high, so a massive external (state) intervention is needed. Can the state then control the game again and restore a normality ruined by wallstreetbets?

Yes, what the wallstreetbets members are doing is nihilistic, but it is nihilism immanent to the stock exchange itself, a nihilism already at work in Wall Street. To overcome this nihilism, we will have to move out of the game of the stock exchange. The moment of socialism is lurking in the background, waiting to be seized, since the very center of global capitalism is beginning to fall apart.

Will this happen? Almost certainly not, but what should worry us is that this latest crisis is another unexpected threat to the system already under attack from multiple sides (by the pandemic, global warming, social protests…). Moreover, this threat comes from the very heart of the system not from outside. An explosive mixture is in the making, and the longer the explosion is postponed, the more devastating it could be.

​Rationalizing can be appeasement:

The lesson of #gamestonk is to defund wall street, not throw more cash at it. I wrote about that here at @jacobinmag https://t.co/H4v7F6bEq9 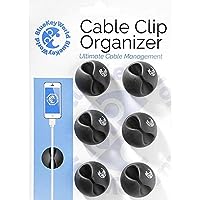