It's a retirement party!

That’s right, I’m throwing a retirement party, and it’s gonna be one helluva bash, I can tell you that. There’s gonna be unlimited beer and munchies (as long as you bring that shit yourselves), and the awesome “DJ Drums is spinning it for free, since he’s flush with kaboodle coming off of that Trump inauguration gig.

Y’all can quit fist bumping and chest thumping now, I’m not the one who’s retiring. As long as I can continue to read the characters on the keyboard, you’re stuck with this tripe on pretty much a daily basis. Besides, I already retired once, four years ago, and I understand that some of my former coworkers are still on probation from that last bash.The guest of honor at this soiree is a long time trope, and all purpose pain in my ass, and once he leaves, I’m giving standing “shoot on sight”orders to security if he ever comes back to one of my diaries.

The golden moldy that I’m finally shoving out the gate to pasture, never to rear his ugly head again is the age old slogan, “Democrats fall in love, Republicans fall in line.” I have hated that insipid line ever since the first time somebody put it in a comment, and rubbed my nose in it like a puppy with a fresh pile on the living room carpet. Enough with that shit already! It’s long past time to drop a rose on the lid, and fill in the hole.

It’s sorry, it’s tired, it’s old, and unlike a Twinkie, it actually has a shelf life, and that shelf life expired quite a while ago. Like me, it just doesn’t work anymore, for the simple reason that there is no longer a viable Republican party!

That slogan harks back to a day long ago, when there was a “traditional” Republican party, and that party was based on certain basic principles. Were they sick, evil, twisted, fucked up principles? Yep, but they were principles, so they went with what they had. The whole meaning of the phrase was that while their voters may have had problems, sometimes serious problems, with an individual candidate, when it came down to crunch time, they all sucked it up and rallied around the party. But that isn’t the case anymore, and hasn’t been for almost a decade.

The cheap, easy way out is to blame Trump, and he deserves his fair share of the blame. By the time that Trump stumbled through all of that smoke on the stage of the Republican National Convention, looking like a trailer of the movie version of the book “The Fat Vampire,” he had already split the party in two. back during the 2016 primaries, Trump channeled his inner David Pecker, and threatened the political equivalent of publishing dick pics of Reince Priebus by threatening to take his supporters and go hold his own election if Priebus didn’t turn the RNC over to him. We all saw how that turned out, the ENC ended up paying freakin’ Jared Kushner’s legal bills for a while. When Trump split the party, there was no longer one coherent message for everybody to rally around, and enough traditional Republicans rebelled that Trump lost the popular vote by 3 million. Damn! That’s one raggedy ass line they got there.

But the real nexus of the split occurred 6 years earlier. In 2009, the Koch brothers rode the wave of revulsion for the country’s first African American President, and his signature healthcare bill, to form their own astroturf hit squad in the Republican party, the now infamous Tea Party caucus. The Tea Party was never a major player in terms of numbers, they never even totaled 20% of the GOP caucus, but they were as divisive as hell. Even before Trump, the Tea Party meant two disparate messages for people to rally around, and in the confusion, the Koch brothers couldn’t even get their own shit passed, much less more pedestrian shit for the rest of us. Being a Republican these days is like standing in front of the soda dispenser at Burger King, you can have GOP Classic, Tea Party Chai, or Trump Vanilla. And if you try to mix them all together, you’ll end up in the bathroom, making a sacrifice to the porcelain idol.

So, let’s give “Democrats fall in love, Republicans fall in line” a world class send off! We’ll order some Godfather pizza, so Herman Cain knows we’re still fondly thinking about his hilarious Presidential run, and drink a lot of cheap beer. And after the old boy finally goes out the door, we’ll all tell nasty jokes about his ass behind his back. Somehow it only seems fitting. 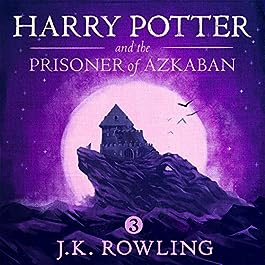