IT'S A CULT! Poll Shows Republicans Trust Trump More Than Their Own Pastor 😱

To those Americans who have not been indoctrinated into the Cult of Donald Trump, His appeal is bewildering. He is neither handsome nor intelligent. He speaks at a third grade level. And his emotional response to criticism is even lower. When he isn't whining petulantly (a sign of weakness), he's inciting violence. And he has a mortal fear of facts, as demonstrated by his award winning litany of lies.

That said, Trump's feeble-minded cult devotees are thoroughly engulfed in his bizarre babblings. They have bought his wild assertions that he won the presidential election by a landslide, despite the absence of even a shred of evidence. His having lost nearly sixty lawsuits – many before Republican-appointed judges – doesn't diminish their glassy-eyed reverence for Dear Leader. They are totally on board with his downplaying of the Coronavirus pandemic, even after the deaths of more than 330,000 of their fellow citizens, and over two million infected. They believe his every boast of abilities superior to those of recognized experts in the military, medicine, economics, and whatever else happens to wander through his sickly thoughts.

A new poll by NPR/Ipsos reaffirms what many have already acknowledged are cult-like attitudes that permeate Trump's superfan base. The poll found that “A significant number of Americans believe misinformation […] as well as conspiracy theories like QAnon”:

“Forty percent of respondents said they believe the coronavirus was made in a lab in China even though there is no evidence for this. […] “And one-third of Americans believe that voter fraud helped Joe Biden win the 2020 election, despite the fact that courts, election officials and the Justice Department have found no evidence of widespread fraud that could have changed the outcome.”

The poll broke down some of the responses by political affiliation. Not surprisingly, Republicans most often were the ones that swallowed the nonsense conspiracy theories. A majority (53%) are opposed to “a smooth transition of power to the Biden administration.” That's probably because most of them (71%) also believe that “There is a deep state working to undermine President Trump.”

However, when respondents were asked about who in public life they considered most trustworthy, the Republicans revealed just how deeply immersed in the crackpot swamp they really are. Naturally they don't trust Joe Biden, or Dr. Anthony Fauci, or Rachel Maddow. But the poll shows that they trust Trump (76%) more than they trust their own religious leaders (72%).

The first rule of any cult is that only the Leader is telling you the truth. Everyone else is lying to you and means you harm. That rule has been absorbed by the Trump cultists. That mindset was especially prominent among those who “were Republicans and if they got their news from Fox News or conservative online outlets like Breitbart or the Daily Caller.” Fox News was this year's recipient of the “Misinformer of the Year“ award from Media Matters. However, Trump himself has had a love/hate relationship with the network for most of the year. Most recently he was nursing some imagined offense when he tweeted that…

It's likely that Trump was watching Fox News when this video of Democratic Senate candidate Jon Ossoff aired. Ossoff was questioned by Fox's Peter Doocy when he launched a blistering attack on Republican incumbents Kelly Loeffler and David Purdue:

FOX News walked up rolling live, and I appreciated the free air time!

That would have been more than enough to set Trump off. And when Trump is mad at Fox News his followers are going to hear about it. The result is that they are abandoning Fox in droves. Ever since election day, CNN has been regularly beating Fox News in the ratings. Consequently, we are witnessing the irony of right-wing Trump supporters boycotting the network that is actually fueling their political agenda. It's a glorious spectacle that progressive hope will continue well into the new year. 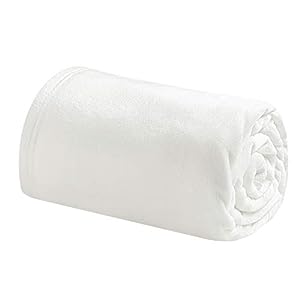