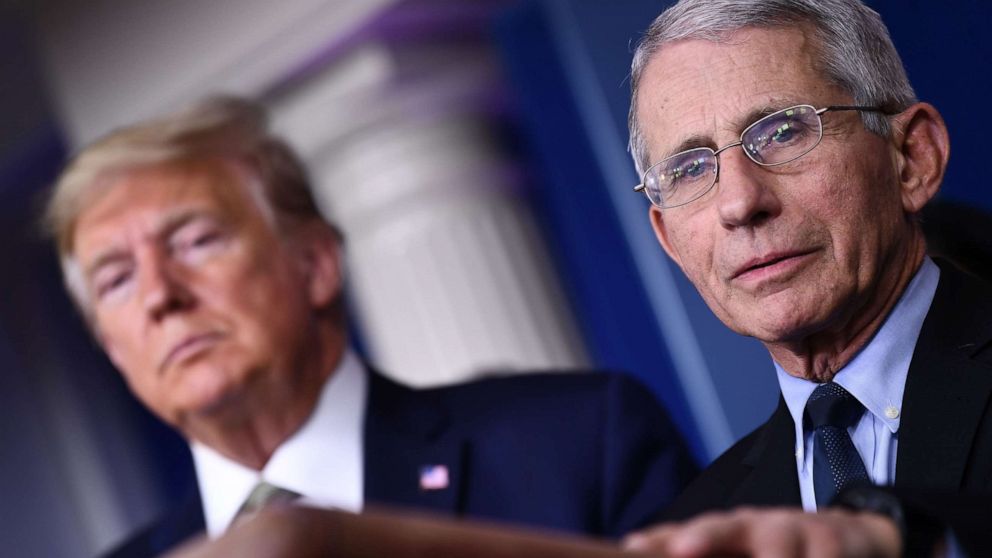 Because Donald Trump can’t stand to be contradicted or be in the same room with anyone who’s smarter than he is, his only available options are to staff his administration with a cadre of fawning yes men or a flock of drunk flightless birds.

Dr. Anthony Fauci, the breakout star of Trump’s coronavirus task force, is neither. Which is why he’s now on the thinnest of ice.

Over the weekend, Trump retweeted a message that was embroidered with the #FireFauci hashtag. This came after Fauci had admitted that earlier coronavirus mitigation efforts would have — duh — likely saved lives.

Well, if Trump does fire Fauci, he’ll be welcome elsewhere — in a country that still values science and medical expertise.

Dr. Giuseppe Ippolito of Rome’s Lazzaro Spallanzani hospital wrote a letter released Wednesday to the Italian president and other officials, saying Italy should welcome Fauci with open arms. The country is the European epicenter of the pandemic, and Spallanzani treated Italy’s first patients.

Ippolito praised Fauci’s expertise, experience, leadership and “generous and selfless help” to Spallanzani and other hospitals around the world — “a generosity that we like to associate (with) his Italian heritage, always remembered with pride.”

He said removing Fauci from the U.S. task force “would be disastrous news not only for the United States, but for the whole international community.”

According to TPM, Republicans close to the administration are saying Trump doesn’t like Fauci’s positive press and wants to keep him out of task force briefings. Trump’s fit of pique might also have something to do with the fact that Fauci’s approval rating sits at 80 percent while Trump’s sits in the toilet awaiting a second flush.

Of course, just about anyone with a brain knows that dismissing a knowledgeable and dedicated public servant just because the pr*sident is threatened by him is the kind of thing a below-average teenager would do. That said, I’d recruit any acne-faced stoner from underneath the bleachers if I could make him president tomorrow. Nothing could be worse than what we have now.

(86017)
$0.00 (as of May 18, 2022 00:27 GMT -04:00 - More infoProduct prices and availability are accurate as of the date/time indicated and are subject to change. Any price and availability information displayed on [relevant Amazon Site(s), as applicable] at the time of purchase will apply to the purchase of this product.)