We’re now past the point in 2016 where PBO got derailed by McConnell on election interference from Russia.

We can see why Trump has undermined trust in intel agencies

NEW: Lawmakers on both sides of the aisle and intelligence experts are now concerned it may be too late to arm Americans with a clear and consistent assessment of the scale and nature of foreign election interference. https://t.co/9NRixa93br— Natasha Bertrand (@NatashaBertrand) September 10, 2020

Democrats have countered with a rejoinder: We've also seen the intel, and it shows Russia poses the most acute threat to the 2020 election. Any other assertions, they say, simply amount to political spin to dull the sting of the intelligence community's findings about Russian support for Trump's reelection, which the president has long sought to downplay or deny. And Trump’s focus on China aligns with his campaign message that he has been tougher on Beijing.
“I worry a lot that there’s just so much noise and disinformation that people may not fully realize the severity of these risks,” said Rep. Sean Maloney (D-N.Y.), a member of the House Intelligence Committee.

It all amounts to a dangerous and counterproductive spat that has undermined, rather than enhanced, confidence in the 2020 election, veteran intelligence officers say.

“Maddeningly, the national conversation around election security has turned vitriolic, diversionary and unhelpful, and we are doing our enemies’ work for them,” warned Sue Gordon, the former principal deputy director of national intelligence who often briefed Trump early in his presidency.

On Wednesday, House Intelligence Committee Chair Adam Schiff (D-Calif.) released a whistleblower complaint from a top Homeland Security official that bolstered Democrats’ case that the administration is downplaying Russia’s 2020 activity: Senior Trump appointees had for years sought to censor and suppress evidence of the Kremlin’s malign activities in the United States, said the official, Brian Murphy.

Schiff said in a phone interview that the Trump administration's posture toward foreign interference — to emphasize China's activity and downplay Russia's — not only obscures the issue but emboldens the Kremlin.

“Every time the president and his acolytes — the Bill Barrs, the John Ratcliffes and the Robert O’Briens — mislead about what Russia is doing or other countries are doing, it only encourages Russian intervention,” Schiff said.

False in *four* ways:
1) The donations were from a Virginia Gov. Terry McAuliffe PAC and the VA Dem Party, not Clinton…
2) To McCabe's wife's state Senate campaign, not to him
3) They weren't illegal
4) McCabe wasn't even FBI *deputy* director yet pic.twitter.com/0Qx2Ss0H0S

….It has now been determined that the Mueller Scam should never have been set up in the first place, there were no grounds. It was all an illegitimate Witch Hunt, & a big price must be paid. How different my life would have been if this fraud on America was never committed!!!

President Trump recites the Pledge of Allegiance at this morning's 9/11 commemoration in Shanksville, PA. pic.twitter.com/KZPWjai9ye

Thanks for the reminder #TedCruzHasNoBalls

As a federal prosecutor for almost 20 years, I never issued or observed a public report about an investigation. We either filed an indictment or we closed the investigation. A public report by Durham would violate the very thing for which @Comey was purportedly fired. https://t.co/4NYPCMGIyd

Donald is talking about endorphins, peptides that activates our opiate receptors. Joe is clearly on them. Someone who plays golf in a cart and sits around on his fat ass has never experienced the analgesic effect of exercise which clears the mind, and keeps the waistline trim. https://t.co/1J0ZiTz5Je

Another way to say this is that Biden is polling with his smallest margin nationally since the beginning of the summer.

Of course, it’s still a rather large margin—and its stabler than every election in the history of polling. Trump is running out of time to turn things around. https://t.co/ZeulEQ7cju

Trump's fundamental problems have not eased: Most voters dislike him. Most voters think he has mismanaged the coronavirus. He is deeply unpopular with women, moderates, college educated whites – groups that otherwise might respond to law-and-order appeals.https://t.co/x9L3IadNSJ

One progressive group's strategy to help Biden appeal to young voters: promote him as part of a group of “Democratic Avengers,” @olgakhazan reports: https://t.co/4RyPchViXp

…what NextGen now calls “the Democratic Avengers,” after the Marvel movie featuring an ensemble of superheroes. The idea is that by voting for Biden, you’re voting not just for him; you’re voting for all of the Democrats—many of them cool and hip!—that Biden will have in his orbit. Biden might borrow policies from Warren, for example, or have Sanders as an adviser. “If he is elected, it won’t just be Joe Biden,” this message reads. “Biden has pledged to build an administration filled with progressive leaders, experts, and activists from inside and outside of politics.”

This idea went over really well, according to Wessel and Baumann. In the focus groups, one white Millennial said “the saving grace of this (potential) presidency would be his crew. If he actually chooses true progressives and activists, I will be surprised but happy to admit I misjudged him.”

The Democratic Avengers has since become one of the group’s most popular messages about Biden, according to its surveys, and the idea has made its way into ads. One features action-movie music, a comic-book font, and various Democrats stylized as cartoon characters. Bernie Sanders, it reads, “supports a $15 minimum wage!” Alexandria Ocasio-Cortez is “champion of [the] Green New Deal!” Joe Biden, meanwhile, “is building the team that we want to run things!” A similar theme has also made its way into an ad by Students for [Ed] Markey, another old guy who recently triumphed somewhat unexpectedly. Recently, The Late Show With Stephen Colbert made a loving send-up with a similar Avengers theme.

If the Avengers model works beyond focus groups and the occasional YouTube video, it could suggest that young people, or at least Democrats, or at least young Democrats, are actually more interested in liberal policies than they are in charismatic candidates. Rather than get fired up about Biden’s personality, 20-somethings might thrill to a coterie of technocrats who have concrete proposals to change the way the country works. Brent Cohen, the executive director of Generation Progress, another youth-voting advocacy group, told me that he’s not worried about the Biden enthusiasm gap because “young people vote based on policy.” And he and other Democratic strategists believe that when it comes to policy, the choice for young voters is clear.

It is so obvious what they are doing. They plan to claim victory before it is at all plausible to do so; they plan to contest the results if they lose, throwing as much junk in the air as possible and relying on intimidation and trickery to muscle through to a second term. https://t.co/6ECRkfv7GB

Roger Stone calls for Trump to seize total power if he loses the election https://t.co/3nN9Uy1Exj 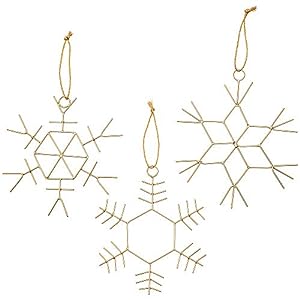