It does not take Extraordinary Cognition

In 2015, writer, Ramesh Ponnuru wrote a scathing rebuke in the National Review of President Trump’s sister, then federal judge Maryanne Trump Barry. Like most who oppose partial-birth abortion, he seized upon gory detail, describing the procedure in its most medieval incarnation, all the while ignoring its medical necessity or rarity. Setting aside your or my personal feelings about abortion, Mr. Ponnuru’s purpose for authoring the article was less about Judge Barry than it was a warning and plea to President Trump to forego the idea of nominating his “phenomenal” sister to the Supreme Court.  Yes, the same sister to whom quotes like, “ [Donald Trump] has no principles” and people “can’t trust him” has been described as “phenomenal” by her brother Donald Trump.

Today after the release of excerpts from a reported 15 hours of taped conversations between Mr. Trump’s niece and sister, she [Maryanne Trump Barry] confirmed most of what their niece Mary Trump’s book has asserted, that Donald Trump cheated on his college SATs, he is unfit for office and his self-absorption is bad for America. A man like Donald Trump could not wreak the havoc on America and her institutions, of decency and honor without the help of blinded sycophants and fear. Faced with incontrovertible facts, Trump followers concoct conspiracy theories like the “deep state” and QAnon. When countless numbers of women described their sexual assaults and at least two presented evidence of payment to cover for his adultery, they say, we elected a politician, not a preacher; yet evangelist like Franklin Graham denied Barack Obama’s confession to Christianity.

The man who told us he would hire the ‘best people’ and then confounds us with liars, crooks, and ultimately convicted felons, simply says, I hardly know them.  Mr. Trump seems somnambulant with slurred speech during prepared remarks but we allow the press to point fingers at Joe Biden and question his mental competence. Meanwhile, Mr. Trump has irrefutably had trouble lifting a glass to his mouth, and needed help descending a ramp, but is allowed to utter, “ person, woman, man, camera” and “tv” on cue, and the press ignores his obvious deficiencies. No one even bothered to ask why Mr. Trump was asked to take a ‘cognitive test.’  The cognitive or cognition test is a part of a neuropsychological panel and is indicated “when you have a noticeable change in your thinking or memory.” They help doctors figure out whether your problems are caused by any of the following:

Maybe I am an over-reactionary or it is just common sense that informs me that the mental health of a sitting president is far more crucial to diagnose than those imagined impairments of a potential one. So while Republicans skitter around like a terrier on a polished tile floor, chasing conspiracy nuts, and imaginary cloak-and dagger deep-staters, we are watching the most powerful man in the world embrace White Nationalism and foreign despots. Have we become so inured to facts that we disregard not only his opponents but the people who know Mr. Trump best, his family, who are telling us he is a liar, a cheat, and incapable. All we need do is pay attention. 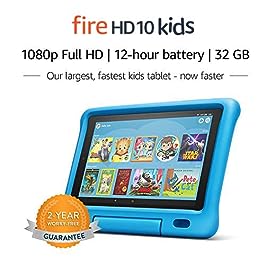