Is Trump Trying to Kill the G-7 Leaders?

Each year, the G-7 summit is hosted by one of the member countries in rotation. In 2020, it’s the turn of the United States. Trump had always planned to use the summit to boost his re-election chances (and boost his income by hosting it at his Doral property in Florida, until that plan got shot down). He was originally going to site it at Camp David, but then everything got put on hold because of the pandemic, and plans started for a teleconference summit.

Ah, but the pandemic is over, hadn’t you heard? We need to reopen the country, get back to normal, get that economy going again, so the stock market will rise and Trump will ride the economic boom to another term of grifting at the White House. What better way to show the country that life is back to normal than by having the leaders of the west gather together and bask in Trump's benevolent smile?

So Trump announced yesterday the summit was probably going to be held at Camp David: Trump Says He Is ‘Considering’ Hosting G7 Summit at Camp David:

President Trump said on Wednesday that he may try to host the annual Group of 7 summit of world leaders at Camp David, the presidential retreat in Maryland, as originally planned before concerns about the coronavirus turned it into a virtual gathering scheduled for next month.

Camp David, at least, is spread out, and while physical distancing would be difficult, it could probably be manageable. But then, Trump said today he might hold it at the White House instead:

President Trump said Thursday he would “probably” host the Group of Seven summit at the White House in June, two months after canceling the annual gathering of world leaders and a day after saying he might revive a plan to hold it at Camp David.
“It looks like G-7 will be on. A full G-7,” Trump told reporters as he left for a day trip to Michigan. “We’re going to probably have it at the White House.” www.washingtonpost.com/…

Needless to say, he didn’t bother telling the other leaders about this beforehand:

Member countries — which remain under varying levels of lockdown and whose leaders have not left home since the pandemic began — were not notified that Trump had resurrected plans for a face-to-face summit until after he said Wednesday on Twitter that he was considering it.

Outside of U.S. hearing, the others are “consulting among each other,” this official said. “For the moment, no decision has been taken.” The official stressed the importance of all agreeing on a course of action, saying it “would be weird” if some leaders came while others opted out.

“Consulting” is diplo-speak for “WHAT THE FUCK!”

Camp David is bad enough for physical distancing, but the White House, as we’ve recently seen, is a tight workplace where the virus has already spread. And that’s with daily screening (which may be ineffective). There’s no way they can disperse themselves enough to cut down the risk.

“But we don’t know how they’re going to organize” a summit for which each leader is traditionally accompanied by dozens of aides,” said an official from a second G-7 country. “Even with just a couple of advisers, for the White House, that’s a lot.”

Trump, in short, is so desperate to show the American voters that he has conquered the virus, that life can get back to normal, that we can all go shopping and processing meat, that he is willing to risk the lives of the leaders of the western world. (Did Putin put him up to this?)
My guess is that the other six leaders will, after due “consultation,” tell Trump in diplo-speak to “shove it.” Or maybe they won’t bother being diplomatic. 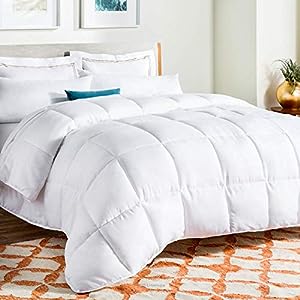