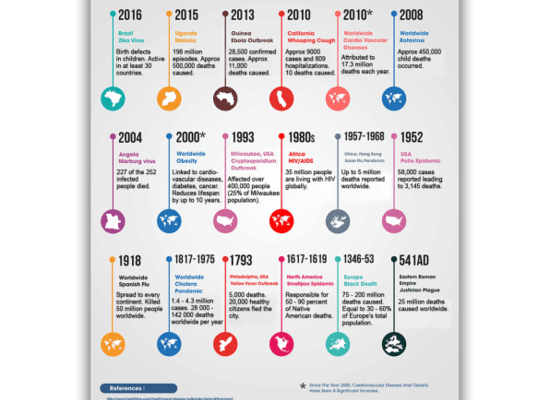 Like financial bubbles, health epidemics also appear to be based on implausible or inconsistent views about the future.

Trump could double-down on his inaction and use the coronavirus (COVID-19) pandemic to implement more incompetent misuses of power.

2. Trump also cut funding for the CDC, forcing the CDC to cancel its efforts to help countries prevent infectious-disease threats from becoming epidemics in 39 of 49 countries in 2018.

This isn't just about accountability. It's about drawing attention to the structural problems in the US response effort before things get worse.

Watch this video of the Coronavirus breakout starting at day 19, compared to other pandemics of the last 20 years – and you'll see why the DOW tanked yesterday & is again today – cuz our liar & chief refuses to acknowledge how serious it is for fear it'll endanger his reelection. pic.twitter.com/n8x0Xpvulz— Paul Lidicul (@PaulLidicul) February 25, 2020

Today: They tried to answer questions about Coronavirus by saying 'This is what the Centers for Disease Control do.'

Worries about rattled financial markets and their effect on the economy as well as the delicate negotiations with China over a trade deal — a key to Trump’s reelection — have played a large role in influencing the president’s friendly posture toward China over the deadly coronavirus, according to several senior White House and administration officials. Trump has heralded Xi’s leadership and “discipline” in responding to the outbreak.
“I had a long talk with President Xi — for the people in this room — two nights ago, and he feels very confident. He feels very confident. And he feels that, again, as I mentioned, by April or during the month of April, the heat, generally speaking, kills this kind of virus,” Trump told the nation’s governors last week. “So that would be a good thing. But we’re in great shape in our country.”
x

When he's not fighting nepotism, Donald Trump Jr. is an outspoken critic of capitalism. https://t.co/Qd4uhyxdBP

Nero’s fiddling continues as Trump believes his shtick parade of nonsense rallies will translate into votes as he hopes other Trumpublicans will fall in line, even as the polls continue to flatten during the revenge tour. Trump apparently was more afraid of a 2016 unity ticket with Bernie as VP.

…the New York Times reported that some of Trump’s advisers believe that Sanders is a beatable general election candidate and have worked to elevate him, a report that former South Bend Mayor Pete Buttigieg’s campaign seized on to argue that Sanders is a risky nominee. But the same article suggested that Trump himself disagrees and has been working to undermine Sanders with his public comments. “The president, his advisers say, has been in need of a clear target for months, and he believes he is actually hurting Mr. Sanders. Mr. Trump’s advisers do not necessarily share that view,” the Times reported. The divergent views among Trump and his aides lead to an amusing strategic synchronicity: Trump believes that he is hurting Sanders by attacking him, while the president’s advisers believe that he is helping Sanders with those same attacks — and so Trump attacking Sanders serves the interests (as they understand them) of both Trump and his advisers.

While only one of those prognostications can be correct, Trump’s private fears, as ever, have emerged publicly as well, according to an analysis of Trump’s public comments on the race going back to early 2019. Trump has tweeted more times about Sanders in just the first few weeks of this year than he has since last summer, while he has tweeted slightly less about Biden, even as the former vice president has been central to Trump’s narrative around impeachment. In stump speeches made in January, Trump mentioned Sanders’s name — or, as Trump refers to him, “Crazy Bernie” — eight times as often as Biden. This marks a drastic change from last fall when Biden was a frequent Trump target at campaign rallies, while Sanders was barely mentioned.

Trump has long been nervous about Sanders, as he explained in a private conversation with Lev Parnas, a central character in the impeachment saga, and others in 2018, audio of which has been leaked.

“I think Bernie as vice president would have been tougher,” Trump said, referring to Hillary Clinton’s 2016 selection of Sen. Tim Kaine to be her running mate. “He was the only one I didn’t want her to pick.”

Now tell me that Trump doesn't want to face Bernie.

And how in the world is this allowed? pic.twitter.com/V3IUmKJ93J

Perhaps NBC News could do a story on how President Trump offers words of support to the governments of Russia, North Korea and Saudi Arabia *right now* https://t.co/7ONvZ4IB1Y

Has Trump shifted his ire because he believes he’s defeated Biden.

(51402)
$17.62 (as of May 17, 2022 22:46 GMT -04:00 - More infoProduct prices and availability are accurate as of the date/time indicated and are subject to change. Any price and availability information displayed on [relevant Amazon Site(s), as applicable] at the time of purchase will apply to the purchase of this product.)