Most GOP governors have decided that it is better to have an “open” economy than save lives during the coronavirus pandemic.  The worst of them never lockdown their states (see South Dakota and Iowa for examples), and even some who did order lockdowns reopened as rapidly as possible — most of the Southern governors fit this category.  And as predicted, coronavirus cases, hospitalizations, and death are rising in several of those states.  What all of them have willfully done is reject the idea that containing coronavirus infections is the best way to having sustainable economic activity.  Instead, they acted like the coronavirus was gone and life could go back to usual.  This was because the intial costs of the lockdown was — as Paul Krugman put it — to put the economy into a medically induced coma.  And the initial costs were high, but we could have managed.  Businesses can be rebuilt, but death is forever.

Tragically for the rest of us, GOP governors believe they can roll the dice with our lives as the betting chips.

And all are making the same squawking sounds that they will NEVER shut down their economies again.  Nope.  Not going to do it.

But what if they end up like NYC and the tristate area?  The number of infections, hospitalizations, and deaths become so high that they can’t hide what is happening.  Video of refrigeration trucks with the bodies of the dead that can’t be buried yet.  Funeral homes saying that they cannot deal with all the bodies.  Hospitals turning away patients.  Setting up tents to treat the hospital overflow.

Will that be the point that the GOP governors break and say, “Yeah, maybe we should have a lockdown NOW?”

I have my doubts.  Let’s look at what is going on in Floriduh as an example of what not to do during a viral pandemic.  Spoiler Alert:  finger pointing galore between politicians and scapegoating of victims is what we have so far.

The heightened urgency comes as the state saw its largest daily increase in new infections yet over the weekend.

This article already was giving me a headache with that title.

TALLAHASSEE — Florida officials expressed new concern on Monday that the tactics used to slow the spread of the coronavirus are falling short and may not be enough to stop a resurgence of positive cases before the state hosts part of the Republican National Convention in August.

Top Republican politicians and the state official leading Florida’s response to the pandemic urged businesses and residents — particularly young people — to stay vigilant about social distancing, leaving the fight in the hands of some of the same people who helped fuel the latest uptick in cases.

“If we don’t step up and take responsibility, government itself can’t solve this problem,” Jared Moskowitz, the state Division of Emergency Management director, said in an interview.

Florida officials want the young people who have been sent the definite signal that all was fine with the reopening of those bars and other public places like beaches by the like of Governor Ron DeSantis and some mayors.  And what did a bunch of folks do, especially the younger ones?  They ran out to the beaches and went driking in bars that didn’t practice social distancing.  And hey!  You can’t get drunk with a mask on!

With the younger people partying like its 1999, the coronavirus infections began to spread.  And some of the other parts of the tourism industry NOW want the local or state governments to do something about this.

A trade group representing the state’s largest industry, tourism, urged officials on Monday to crack down on dozens of eateries and bars that have failed to embrace capacity restrictions and social distancing guidelines — a remarkable invitation to pursue its own members.

“We think it’s time to come down on them,” Carol Dover, the president of the powerful Florida Restaurant and Lodging Association, said in an interview. “We don’t have any sort of police powers or anything, and it’s not our intent of making things harder, but we’ve got to start following the rules.”

This is almost funny.  I bet that trade group pushed for the reopening from the lockdown, but here they are turning around and asking the local and state leaders to crack down on the businesses who act like, “Coronavirus?  Never heard of it!  Must be a hoax!”

The average rate of positive test results in Florida has nearly doubled over the past two weeks, rising from 5 percent to 9.7 percent, according to an analysis of figures released on Monday. The vast majority of the positive test results in the past week have been from young people, and many of them were infected in bars where social distancing guidelines were ignored, the state said.

DeSantis has taken a light-handed approach to mitigation throughout the pandemic and, for the most part, allows locals official to make decisions about the best response. Restaurants are still required to operate dining rooms at 50 percent capacity, there are social distancing rules for bars and a mask mandate is in place for staff at salons.

The state and local efforts for dealing with COVID-19 are FAILING.  And what do other elected leaders say about this situation?

GOP Sen. Rick Scott, calling mitigation measures like wearing a face covering and social distancing “pretty basic,” warned Floridians that the virus is “still deadly” and reiterated that it was imperative to stay focused on the continued threat.

“First off, I mean, we clearly haven't beat it so I think everybody is concerned when they read about the cases, the number of cases up,” Scott told CNBC on Monday morning, adding later that “we're not out of the woods — we’ve got a lot of work to do.”

“We’ve got to — every one of us — to take this seriously, wear your mask, social distance. Don't go to places you don't have to go to,” he continued.

And how often have you been wearing a mask Senator Scott?  Do you wear one when you are near Trump?  And are you talking with DeSantis about what he is doing?  Or should I assume that you of fucking up the unemployment compensation program in Florida has anything positive to add to this crisis?

I think the true breaking point in Florida will be when the Villages start to look like that scene out of Monty Python’s Holy Grail:

When enough white wealthy retirees are dying, DeSantis may think that a little lockdown might not be so bad. 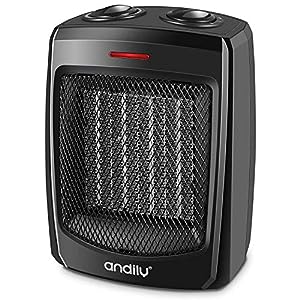